Soda Stereo is touring America and with them lead “friends from everywhere” and the eternal presence of Gustavo Cerati. 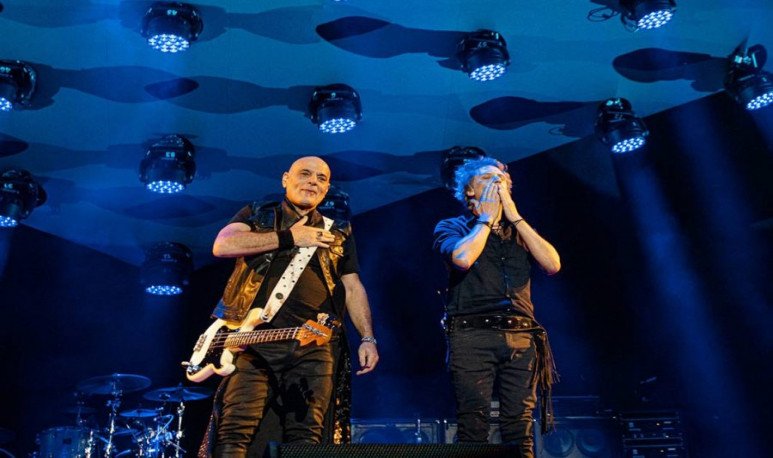 Life is made of cycles. Cycles that begin and end. Some definitely; others always have a new turn.  Soda Stereo  was a break for Argentine and Latin American rock. Even after their separation. Even after the departure of   Gustavo Cerati   ,  his creative head. Today, Soda found a new way to resignify that force they had since the beginning, that energy that he knew how to transform so many over the decades.  Soda Stereo is on tour again today.  And they're not alone.

The tour is called “ Total thanks ”, like that phrase Cerati improvised in the 2007 reunion. The shows have  international guests  and the possibility to feel Cerati's presence again, through technology, thanks to a 400 square meter LED screen. Ruben Albarrán,  Benito Cerati , Richard Coleman, Adrián Dárgelos, Andrea Echeverri, Alvaro Henriquez, Juanes, Mon Laferte, Leon Larregui, Chris Martin, Draco Rosa, Fernando Ruiz Diaz, Gustavo Santaolalla and Julieta Venegas are the ones who accompany the  band  both on stage and through images projected on the screen.

In total, the tour will feature  16 shows  in Colombia, Peru, Mexico, Paraguay, Dominican Republic, Costa Rica, Panama, the United States, Chile and,  of course, Argentina: on 21 and 22 March they will be performing in Buenos Aires, at Campo de Polo.

Because music is art, and art transcends the earthly,  time may not have the same weight when it is made of songs . Even physical absence may not be so important, because if we can choose a word to define  Soda Stereo  and Gustavo Cerati that would undoubtedly be  eternity .