Home Argentine Music A cute loose in the Lollapalooza

A cute loose in the Lollapalooza

What begins with controversy ends up becoming the vanguard. 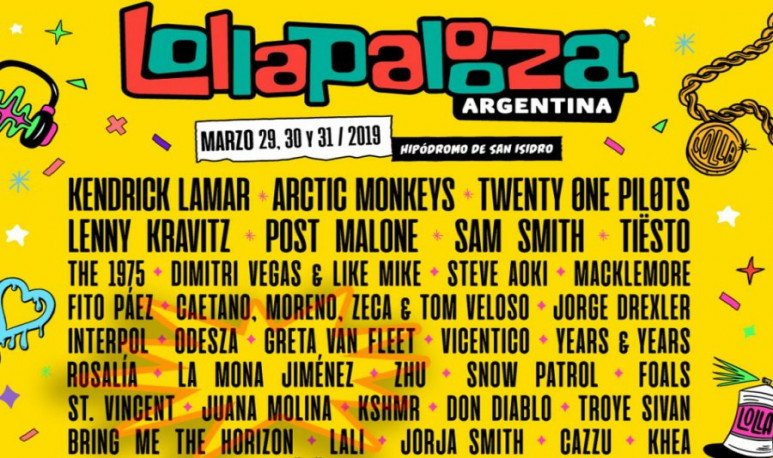 Music is not static: it is born, grows, mixes and evolves. The public, fortunately, also become more permeable to these changes and less orthodox with their tastes. Music festivals are a great opportunity to generate these synergies that make us more open to other genres, other styles and, of course, other artists.

The next edition of  Lollapalooza Argentina  — to be held on March 28, 29 and 30 at the  San Isidro Racecourse  — will have a show at least unexpected: that of  Mona Jimé nez . If this year it was  Damas Grati s, next year it will be the quarteter singer in charge of giving a different touch to the festival, mixing with colleagues as disparate as  Kendrick Lamar, Arctic Monkeys and Lenny Kravitz .

The news provoked various reactions: surprise, enthusiasm and indignation were manifested on  social networks , because it is impossible to leave everyone satisfied. The organizers of the festival are surely looking for that: what starts with controversy ends with avant-garde.

The Mona , for the time being, is preparing to give a show to an audience probably very different from the one she used to, but who — without hesitation — will end up asking the screams “who has taken all the  wine ?”.