Not everyone is deserving of an entrerriana jacket. And the idol Xeneixe Juan Román Riquelme became the muse for a group of musicians. 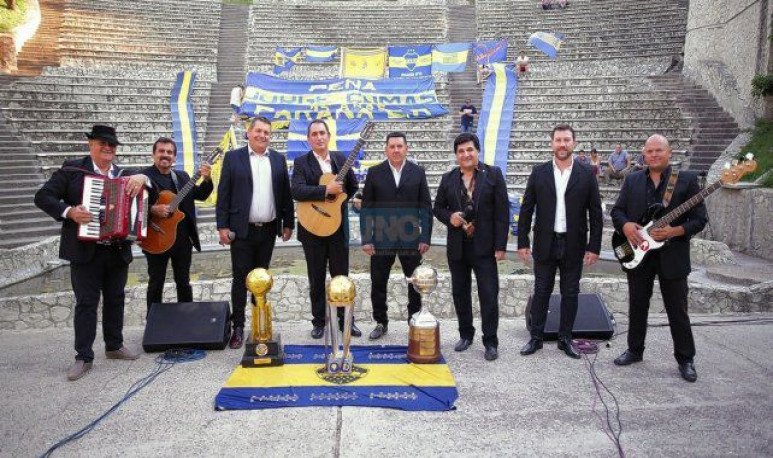 It's called  “El baile del duende”  and the  dream  is  to be able to play it in La Bombonera  . The idea of creating a  jacket to honor  the former footballer arose during the quarantine when the artists sought to expand their repertoire.  It is that for yawners it represents a maximum and unmatched figure . And to pride is added that he currently serves as second vice president of the Atletico Boca Juniors Club. As for the initiative, the one responsible for carrying it forward was  Héctor Decoud, a well-known composer and singer . He also had the collaboration of Víctor Ludueña, a friend who lives in Buenos Aires and who wrote him the lyrics.

The theme was recorded in a studio in the town of Ramírez and featured the participation of several entrerrianos artists. In this sense, Héctor shared the voices with César Nani, while the guitars were in charge of Edgardo Acosta and Carlos Velásquez. The bass was performed by Juan Pablo Roldán and percussion by Pino Soria. Finally, on the accordion was Rulo Acosta and in the choirs Fabricio Orsich. Once this stage was completed, the filming of the video clip was carried out, which took place in December. The chosen stage was the amphitheatre Héctor Santángelo in the capital and were present members of the Peña Jorge A. Comas Paraná. They contributed to the decoration with flags and replicas of glasses.

“ This is a humble tribute to the biggest player who has given the history of Club Atletico Boca Juniors: Juan Román Riquelme.”  With those heartfelt words recited by Hector, the jacket begins to sound. According to Uno Entre Ríos, the artist said that for the boquenses the last 10 is the biggest thing there is. He also related that his field is that of humor, not that of singing.  However, the  love  he feels for the sportsman and his  football  motivated him to create such a play . Thus, he considered that the gifts he gave to the fans and the cups he brought were worth noting.

In addition, the composer stressed that the gift was not only from his part, but from the 20 boquense peñas in Entre Ríos. In this way, he said that the purpose was to be able to say present on the court of Boca with a song to Juan Román. Therefore, their longing is that the work they are doing can reach many other places and like it. At this point technology will help to viralize the issue but they will also have institutional help so that all fans can celebrate their great love.

Hector had the opportunity to meet Riquelme through Angel Clemente Rojas, whom he is a friend. However, xeneixe is not yet aware of the subject in its name. This is a surprise. What does remain immovable is  the desire that “El baile del Duende” sound in La Bombonera  someday. Although the bet is bigger and has to do with the day Riquelme is definitely retiring from the courts. There, Hector expects the entrerrians to be invited to recite the jacket that he was composed with such emotion.