Guitarist Juan Carlos Denis is recognized as the creator of a style. Which one? Nothing less than the cumbia santafesina. 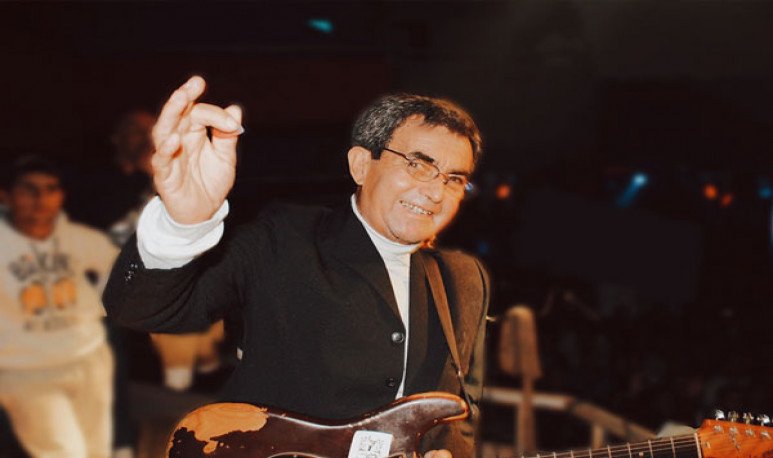 What haven't we already said about  the Santafesinos and the cumbia ? This musical genre is so deep into us that it goes far beyond the enormous pride that Los Palmeras are ours.  The cumbia santafesina has a very special feature . That is the responsibility of Juan Carlos Denis.

Juan Carlos Denis is a fundamental figure in Santafesina popular music. Many have valued it for decades. Back in 1976,  the guy lit the fuse of what would eventually become a lifestyle  for thousands of people.

In those times of military in the streets, a young Santaffese musician and eximio guitarist had, in a burst of brilliant inspiration, or in a state of grace as some fervent follower would say, a revealing thought.  He thought to install as a vedette de la cumbia, popular rhythm par excellence, the guitar , an instrument that he performed all his life.

Taking courage, the guitarist definitely embarked on the random path of music by launching his legendary group Los del Bohío. They were part of this, in addition to Denis on guitar, “Raton” Duarte, the first vocalist of a series of singers that would emerge from the bosom of this group; and the beloved and already deceased Alberto Chalita on bass and Joaquín “Cacho” Caraffa on percussion.

The mented Master (because that is what his legion of followers calls him) then concreted his supreme and most special creation: the holy cumbia .

The novelty of this concept lay in the fact that the traditional rhythms of the tropics were to be undertaken by their favorite instrument. Melodies, breaking tradition, would totally dispense with keyboards and accordions and would be skillfully executed by the guitarist. Sweetened lyrics  would be intoxicated  with poetry. Memorable compositions resulting from this conjunction are, for example, “Titan and Dreamer”, “You can not enter” or “Our love is clouded”.

With these exotic elements at the sight of those outside popular tastes, Denis was creating an exquisite repertoire that would make up his first LP,  A mi Gente .

To understand what Denis “invented” it is necessary to listen to the words of Victor “The mouse” Duarte, the historic singer of Los Lamas, who was the first vocalist of Bohío: the also mythical singer claims that cumbia with  accordion  is a variation of what is done in Colombia. However, the cumbia with guitar and electric bass did not do it before Los del Bohío.  Bovea and his Vallenatos had incorporated the Creole guitar. But the first to use the electric guitar was Juan Carlos . Duarte says when he first heard that, he “blew his head off.”

Undoubtedly, this was an eccentricity that inevitably presented a disturbing dilemma. Either the mob contemplated this eccentricity with discouragement or, worse than this, they had to receive bitter reprimands from whimsical producers and managers.  They criticized the strident innovation and called it boring , when cumbia at that time was synonymous with joy.

Launched into the arena, the hour of success and recognition came immediately.  My people  started to sound, particularly in the popular neighborhoods . And immediately began the expansion.

Soon after, the one that began to be called “cumbia santafesina” landed in the metropolis. The novel sounds of this new current had already arrived in Buenos Aires  .

The rest of the story is told alone.  Today cumbia is in the Argentine soul itself. Cumbia for  chetos , cumbia for villeros, romantic cumbia... they all have something about the santafesina, responsibility for a certain Juan Carlos Denis.