Home Argentine Music A chamamé with Guarani and Italian blood

We tell you the story of Mario del Transito Cocomarola, one of the most emblematic figures of the Argentine chamamé. 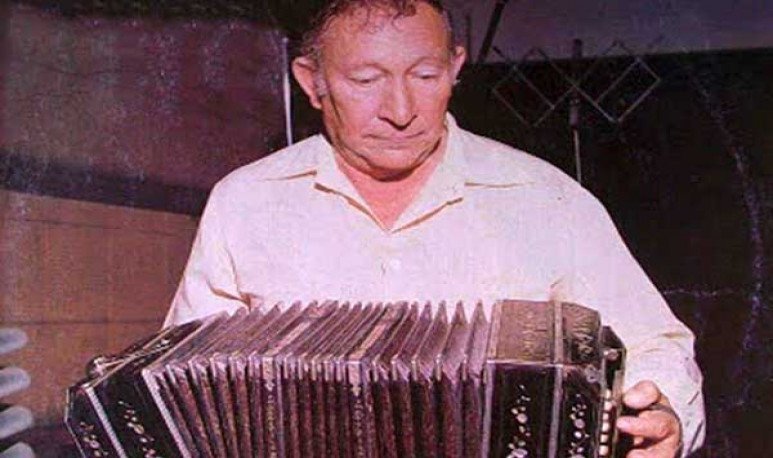 15 August 1918. An emblematic date for the  province of Corrientes , given that  Mario del Tránsito Cocomarola was born in the municipality of San Cosme. No one imagined that he would end up becoming one of the  most influential  chamamé  musicians in Argentine history . With a Correntina mother and Italian father, she traveled her childhood sailing between two cultures that taught her the best of each continent. He left a legacy of around  400 compositions  for the world to enjoy. These include some classics such as  Kilometro 11 ,  Puente Pexoa ,  Rincón Dichoso and  Retorno .

The first instrument he learned to play was the  accordion  and inherited it from its fatherly roots . It was also the element he used to write his first songs and with which he continued to record years later, and when his father died, he went out at night at only 13 years old to act clandestinely and contribute financially to his family. Finally, in 1935 he joined the  Orquesta Folklórica de Corrientes , directed by maestro Ricardo Suárez. This experience represented a hinged moment in his life, as his peers encouraged him to run the  bandoneon . They were also the ones who taught him the technique.

He then settled in Buenos Aires to continue his musical career. There, he joined Los Hijos de Corrientes and the Típico Correntino Trio, directed by Emilio Chamorro. Although between the thirties and forties he joined several groups, it was with the first mentioned that his great opportunity came. This was because, during a recording session, the director of the label was surprised with his skill. Which gave the artist the possibility to grow and form his own band: the  legendary Trio Cocomarola . So, under the label Odeón began his promising solo career and recorded 124 tracks.

A folklorist with all the lyrics

In 1958 he was hired by the Philips label and changed its name to  Tránsito Cocomarola , a name he used until the end of his days. During this time, the incorporation of accordionist Roque Librado González was essential, who remained with him unconditionally. Together, they formed an exceptional interpretive duo within the genre. He was also accompanied by musicians such as the duo Cejas-Ledesma, Antonio Niz, Emeterio Fernández, Samuel Claus, Pedro Pascasio Enríquez and Gabino Quiroz. In addition, there were Paquito Ubeda, Hector Chávez, Gregorio Molina, Lisardo Cáceres, Ireneo Ramirez and Paraguayan double bass player Juan Ayala, among many others.

The  Taíta , as they said, was a prominent figure of the main Buenos Aires courts and made intense tours inside. Mainly, in the north of the provinces of Santa Fe and Chaco, regions where their whole was resounding success. At the same time, he performed on the main stations of Buenos Aires, in the early moments of television in Correntina and at the   Cosquín Festival  for two occasions. He even took part in the film  Argentinísima  by Julio Marbiz, where he played his work.

Tránsito Cocomarola  died on September 19, 1974 , unexpectedly during a gallbladder operation. This date was established as the  Day of Chamamé  by a law of the province that saw it birth. Later, he was named  Ilustrious Citizen  of the city of  Corrientes  . Likewise, an important artery and the amphitheater of the capital are called like it. Although there may not be enough taxes to graph their  momentous contribution to national  folklore   .