In this province there is a rhythm that runs through our veins: the quartet. Cordoba has not only the most beautiful women... but also the most quarteteteras. Here we tell you who they are. 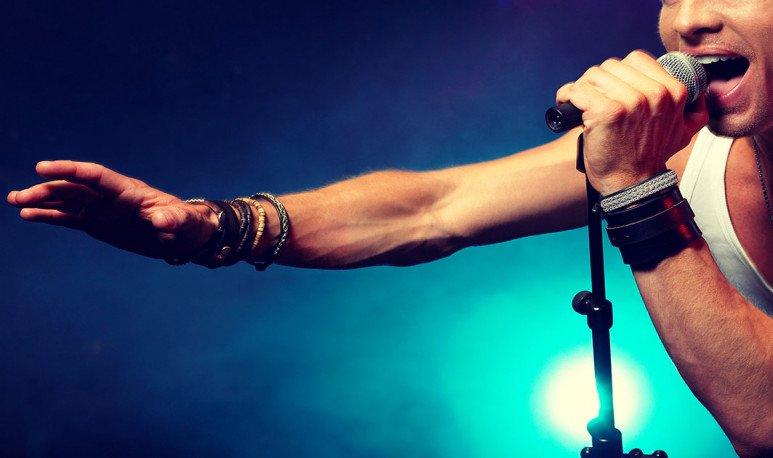 That the music world was historically occupied by men, we know.  The quartet world , too, because it is a  genre of popular music  that has as icons males . The main reference, the only and essential, is  La Mona Jimenez.  Then we have from “El Potro” Rodrigo to Ulises Bueno, Damián Córdoba and more.Musical bands like La Barra, La Banda XXI and the  classic bands of Tunga Tunga  are also made up mostly of men. That is why in this special we pay  tribute to the artists of the quartet.  Because Córdoba is  “the city of the most beautiful women” , according to Rodrigo and his iconic theme “I am Cordobés”. But it is also the city of  the most fighty and talented women.

In honor of  Leonor Marzano , member of Quartet Characteristic La Leo, Quartet Leo or La Leo. The great artist who is recognized as the  creator of the “tunga tunga”  and   famous for being part of the first quartet group in history. This woman who took  the first step quartetero,  and opened the way for these artists who today spread us with their music.  These artists  are making room,  elbow , fighting for their  love of music and their passion quarteapot.

With over 23 years above the stage,  La Gata Noelia  is one of our brightest stars in the quartet. With his reputation as a singer and musical artist of a vast career, he was  the center of controversy . However, they never dull the brightness of  this cat that makes us dance.

Lore Jimenez is an actress, theater producer, mom and singer. Her sympathy and authenticity makes her  one of the favorites of the Cordoba quartet  . Lore has her own followers and shares day-to-day with them through their networks. Always with  the charism and joy  that characterizes it. The band gave birth to them!He had her as a singer. In addition, he recorded his solo records Cuarteto characteristic and Para volver.

If you have a blood test on this woman, it turns out that her factor is  QUARTET +.  He toured the world and today is  dedicated to providing shows at private events  . Also, when she returns from Buenos Aires  to her homeland,  she is the special guest of all dances.

Singer-songwriter, quarteapot, cordobesa and fernetera? His first band was El Agite, who came out of the traditional  Telemanías program.Naty Medina composes some of the songs she takes to the stage. She shared albums with  Ulises Bueno and Carlitos Rolán , with whom she was nominated for the  Gardel Awards.

A quadratazazo  that  says “Women to power”  and a trajectory of  almost a decade.  With that CV we are presented with Vane, the voice of  Banda Mix.  With five albums released, his latest production was  Es ahora , where it looks like never before.

Come on Vane and the voice of the women in the quartet of Cordoba!

Women's quartet for  three decades! Andrea has years of experience, bringing her light, joy and charisma to the stage. In addition, spreading  this genus  that runs into our veins. This woman is  one of the most important , and her town has always been accompanying her.

With  Karavana Quartetera , a band that emerges in the neighborhood, began their wanderings in this musical world. Lucia moves like fish between the waters  of cumbia and the quartet . Combining  different, but compatible styles . His nascent career is promising and, with his rhythms, he continues to make us dance.

His fame took a sudden leap  two years ago . Since her name appeared everywhere for being the winner of a contest and  singing with Ulysses Bueno . At only 15 years old  he consecrated a revelation artist  in the Children's Carnivals of Mendiolaza.  Step by Step , as his third album is called, is on his way to fame.

La Chinita  born in  Villa Páez  is the female voice of  Bandásu group.  He occupies the  quarteteros spaces  with his  unique and special way  of being. Mariel is the freshness, ease and freedom of youth that comes to  revolutionize all spaces.  Especially because she revolutionizes quarteteteando!