Home Argentine Music 8 Argentine artists who only hit it once

8 Argentine artists who only hit it once

It is not easy to sustain success over time: they could not. Can you think of any more? 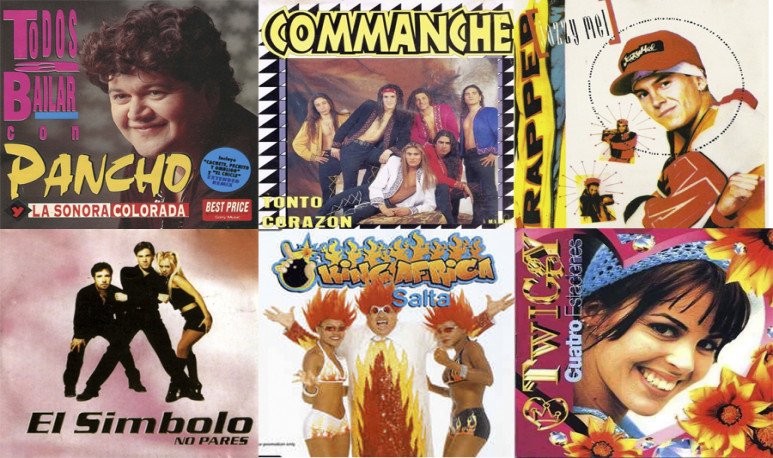 There was a time when they sounded everywhere, but they quickly disappeared: we leave you a list of 8 Argentine artists who had a hit and then went into oblivion. Can you think of any more?

1) The Loose Thieves, The Blonde on the Airplane

In order not to be unfair, it must be clarified that this band did not have a single hit: it had two.  The blonde on the plane  and Era muda  tell stories with women who ended up in a particular way. As for the band, The Loose Thieves had their 5 minutes of fame in the early 90s and then no more was heard of them.

Do you sound like Jazzy Mel? Most people, don't. Another ninety artist who hit her with this song but did not know how to stay in time.

You can still hear this topic at some party at 4 in the morning, when we go “all down, all up.” The band kept releasing records, but they never invaded the dance floors again like this song.

Believe it or not, DJ Deró was one of the creators of this band that — amazingly — managed to make everyone jump on this song for a while. Wonders that only happened in the '90s.

Twiggy was another fleeting little jewellery, who let everyone know that he needed that friend to make every teenage girl at the time feel identified.

If you don't sound  sincere Love , you're sure to remember the chorus of the song: “Let me know that I'm coffee and sing me that I'm a song,” said Daniela, who left us this song and then went to Miami to try his luck there.

The theme with step is guaranteed success: this one, for example, marked the correo already from the name. Pancho and sonora had the key to success for a while, and more than one knew how to take advantage of it.

Averaging the 90s, this cumbia band also appeared —like so many others—that hit some hitazo and disappeared. Recently they reappeared with another of their themes on a terrace, but only for a cell phone advertising.