This beginning of the year it works as inspiration for all Cordoba artists. Innovative releases and productions that you can't miss... 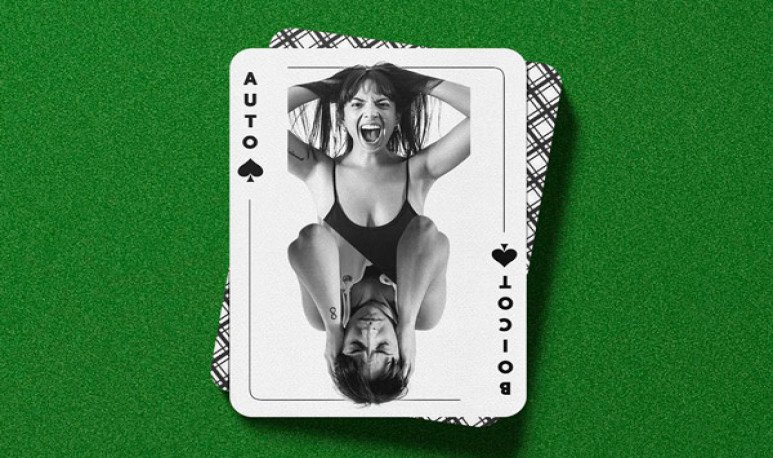 A review of simple, albums, EP and video clips published in the last month  by artists from Cordoba or based in the province. Because the music of Cordoba is experiencing a moment of effervescence that results in  a large volume of artistic activity  recorded in the province. In this note we tell you who are the musicians who are  animating themselves more, revolutionizing the local stage and enhancing cordobesity in musical art.

Guardia e' ceniza is a song by Agustina Canale  that is accompanied by a video made by Lorena Stricker and Huayra Naparstek. This is a topic that according to  the singer ,  “emerged from the collective feeling before the impotence of greed”  during the months of the historic fires that occurred in Có rdoba. Those who took thousands of hectares of native forest.   A collective audiovisual piece  that has the participation of numerous artists from Sierras Chicas and functions as a direct interpellation to their listeners.

Euge Ferrero edited Autoboycott,  a three-song EP produced by Manuel Ruiz and Raly Barrionuevo that shows the different edges of  a composer who plays     no boundaries  between songsong, indie pop and alternative rock .  “ Against all marketing calculations and speculations, it goes like this, at the end of the year, when we are all distracted,”  the composer wrote on her personal Instagram account.

To start the year with all, the first album by Lxs Vrasas officially appeared. This punk group from Rio Cuarto published their eponymous debut on their Bandcamp account. With raw sound  and contentious attitude , the eight songs on the album navigate  between nihilism and social denunciation . The album has a bonus track: a version of  Estoy Again, from Mala Fama.

Gon Rivero's first song of the year comes after three singles released throughout 2020 (Empty, My Game, Descrifrar). With pop pulse and funkie guitar Nile Rodgers invites us to live  a different experience.

Tebi Giordano published this beautiful ballad dedicated to his dog Felipe, who is the undisputed protagonist of the video clip. This is the first song released by the singer-songwriter (and member of La Pata de la Tuerta).  “ Just a look and so much love, how happy it makes you be in the sun. Together the two, the way is easier”, expresses the  lyrics of a song that stands out  for its arrangements and its production , carried out between the Alaska (Gral Cabrera) and Barrock (Agua de Oro) studios.

Still in 2020, the group Chamán Chamán released their first album of the same name, with two previously released songs (Breathe and En el echo). The album created by  four of the members of Madre Chicha  (Gustavo Hernández, Gastón Hernández, Pedro Cabal and Fausto Vercellino) opens  the door to a musical universe in which folklore, psychedelia, candombe, reggae and endless sonorities  coexist in permanent mutation and mutual influence. Music to get carried away and be crossed by  new auditory experiences.

The group Triciciclo edited the simple Abya, which includes the songs Cae and Sin nombre, two  instrumental pages  that follow  the path of post-rock.  More than a year after their last single, Pozo (2019), the  stoner trio from Alta Gracia (formed by Santiago Silva, Fer Paré Vallejos and Juan Moreschi) bet on more.

From the Sierras and the Cordobese Capital these musicians offer us a new way to soak up the cordobesity that constitutes us. And  you... are you ready  to put Cordovan tonada on your playlist?