Rodrigo “El Potro” marked with his music a whole time in the country. That is why, 21 years after his death, we remember 6 key moments in his life that boosted his fame and made him reach everyone's hearts. 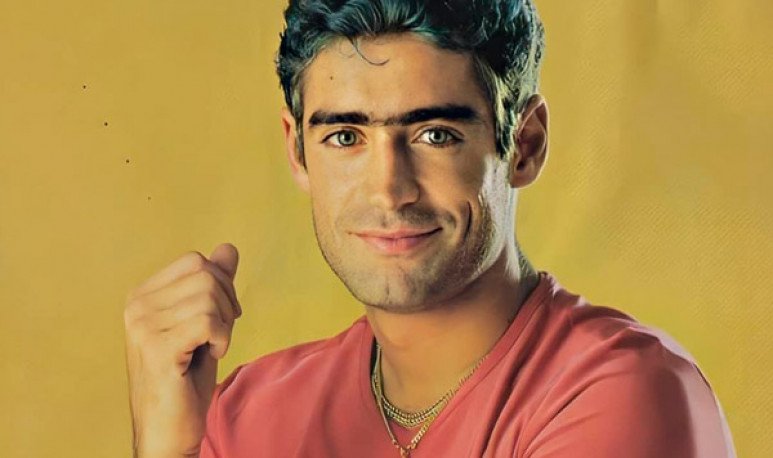 Rodrigo Bueno was born on May 24, 1973.  He was the son of Eduardo 'Pichín' Bueno y Beatriz 'Bety' Olave and, at a few years old, he began his  career in the world of music.   When he was very young, he became a reference for the quartet and argentinian folk music. His passage through the stages, his compositions, his rhythm and charisma would make him an  icon of argentinity.   Another fact that would make him eternal, was his early death, at the age of 27, while he was  at the top of his musical career.  The tragic night of one of the best-known car accidents in Argentina, was on June 24, 21 years ago.  The Colt would stop playing  on stage,  to join other great musicians in the sky.  That's why we remember  the 6 key moments of his life:

From a young age, Rodrigo sucked the music in his own home.    His father was one of the leaders of the record industry  in the 1970s. Among others, he was a great diffuser of the company CBS and was elbbed  with very prominent artists.  He would also inherit from his old man the art of composition and love for that unique tyrmus. In an interview with CM in 1999, Rodrigo recalled:  “ Mi vieja wrote topics to the pioneers of the quartet.”    The maternal character was key for El Potro to fall in love with the quartet.  “ I would wake up and suck this music that would lead me to be one of his greatest ambassadors,” he recalled on that occasion.

2. The beginning of a singer: the choirs to Carozo and Narizota

Rodrigo was destined to succeed in show business. As a child, he went on the  American Recording program,  and with his voice as a child, he recorded one of the themes  of the children's program Carozo and Narizota.   In addition, he had the opportunity to record choirs on the albums 'Nicola Nicolita'.  At the age of 5  and with the help of her father, she recorded  a children's song album  titled Disco Baby, where she performed songs by Maria Elena Walsh.

In 1984, thanks to his father's work, Rodrigo had the opportunity  to replace the singer of a band.   That was when the leader of Manto Negro abandoned them, and El Potro's father saw the solution.  That's how he approached the manager and told him he had the man to replace him: Rodrigo. With that band,  the singer received his first salary.  He was only 13 years old.

4. The first song and a unique nickname

Since the age of 10, El Potro wrote  and produced verses that , quietly, could have been hits of the moment. However, a single composition of that incipient stage was the one that saw the light and came to know the scenarios.   It was a song written at 15 years of age.  It was titled La foto de tu cuerpo and was the one that would give title to his first album. In addition, it would be the subject that would begin to delimit his solo identity. It was initially nicknamed “El Bebote”. But it became “El Potro”,  on April 5, 1991 in the Fantástico danceable.

The artist came to  present his show at Luna Park 13 consecutive times without stopping.   He is one of the artists with the most full Luna Park: 15 times. By the summer of 2000, El Potro had already managed to perform about  50 shows on the Buenos Aires Coast.

In April of that same year Rodrigo went on stage dressed as a boxer. It's one of the  mythical moments of his career.   Everything emulated a fight. The Colt entered the concert with a tunic,  making its way to the ring , its stage. So much attention was captured by the shows that the first was broadcast  on television.

The day before his death, Rodrigo  performed at Canal 13 studios  to record a program of The Bible and Calefon, conducted by Jorge Guinzburg. Journalist Gonzalo Sánchez recalls that  “he was splendid with his blue dyed hair. He wore black leather boots, light jean trousers, black t-shirt and a red leather jacket.”  After that meeting, he went to La Plata, where he  would give his last recital at the Escandalo disco.   The rest is history...

Peteco Carabajal, the santiagueño who arrives in the world with his echo

It commemorates 45 years of the historic album that consecrated Sumo

One year after the death of Sergio Denis, a tragedy that could be avoided and where no one did anything about it

The Sun of 25, Gardel's homeland song

DUKI spoke before showing his new album: “The cute thing about all this is always moving evolving”