Home Argentine Music 118 years after the birth of Hilario Cuadros

The singer-songwriter from Mendoza was one of the top references of Cuyano folklore. We remember Hilario Cuadros, doing a review of his work. 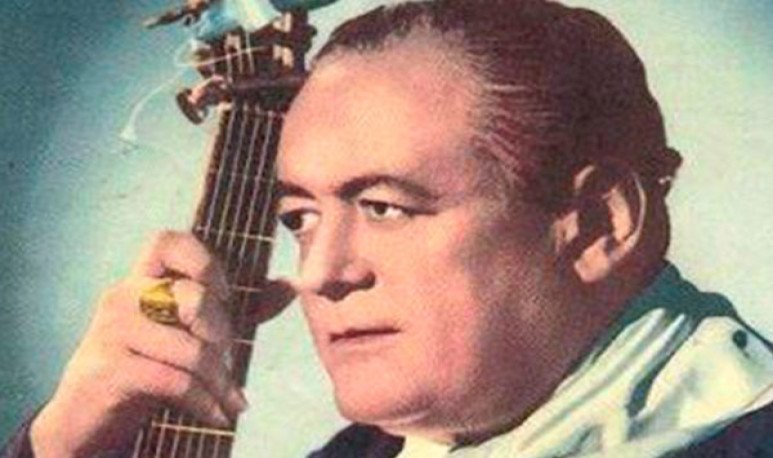 Hilario Cuadros was born on December 23, 1902  and, with him, was also born a large part of Cuyano and Mendoza music and folklore. He stood out as one of the most important members of the mythical  musical group “Los Trovadores de Cuyo”.

Cuadros was born in the Media Luna (present-day Pedro Molina), in Guaymallén department  , son of Anselmo Cuadros, a Chilean citizen, owner of a general branch store and Carlota Romero.  Both cultivated the taste for singing and music, therefore, Hilario had example and musical training practically since his childhood.

Approximately,  at the age of three, his parents leave the house of Calle Larga (still today the main street of Pedro Molina,  which currently is also named after the governor of Mendoza), his family moved to San José, to a marinade house on Calle Cañadita Alegre 42, which was demolished approximately in 1995 because of its poor state of conservation. In front of this site, today occupied by a car service station, is  a square where tribute is paid to the musician.

As a young age, he formed a duet with his brother Guillermo, with whom he played Cuyana folk music.  At that time his nickname was El Chileno emerged. In the mid-1920s he met the musician from the Province of San Juan, called Domingo Morales, forming the duo Cuadros - Morales.

At this time, journalist Ernesto Fluixá  would give a new nickname to Hilario, calling him the Knight of Tradition.  Its main repertoire in these times was based on the tonadas cuyanas, some such as the cat, the cueca and other typical rhythms of the area.  In 1928 Cuadros y Morales arrived in Buenos Aires and in 1931 they entered the group, Alberto Quini and Roberto Puccio, naming it as Guaymallén but soon decided to use the name Los Trovadores de Cuyo, which  had given them the Mendoza press, with occasional andoacute; n report on their trip to Buenos Aires, which they would no longer leave.

Already at this time they performed with considerable success as critics and audiences,  sharing stages with great artists of the moment, such as Manuel Acosta Villafañe, Buenaventura Luna and the performer and composer of Paraguayan origin, the performer of the harp, Félix PÉ rez Cardozo, with whom they composed and played together, incorporating in their interpretations very dissimilar instruments in their origin such as the Paraguayan harp and the quinto cuyano,  which was very little known even in the Argentine folk environment.

Cuadros also composed and performed works of other folk styles and even traditional styles from other Latin American countries,  “Como pasillos colombianos”, “Bambucos” or “Cieguitos”. Over more than two decades the group toured Argentina, Chile, Peru and Ecuador. In Colombia, his works are still very popular today.

The main theme of  Hilario Cuadros's best-known songs (and the Trovadores de Cuyo, a group he directed and participated from his formation until his death), was inclined to rescue historical values such as  Gesta Sanmartiniana , popular religious themes, loving and Cuyano customs and landscapes.

Cuadros  died on December 8, 1956 , at his home in Villa del Parque, Buenos Aires, after a prolonged kidney condition fifteen days before his fifty—four years old. In his honor, December 23 was instituted as the Day of the  Tonada.

A book not to forget it

With the aim of reviewing the life and work of the singer-songwriter and poet from Mendoza, Carlos Cuadros, nephew of the artist, social communicator Gabriela Figueroa and musician Juan Alberto Nene Ávalos launched the book  “Apuntes de una vida. Hilario Cuadros”. “We were mobilized by the lack of bibliography on Hilario Cuadros . The goal is to read it in the chairs and music schools, since today there is nothing written about this representative of Cuyano folklore,” said Gabriela, at the time.