They rock her too. There are many more, but today we want to pay tribute to these 10 women of Argentine national rock. 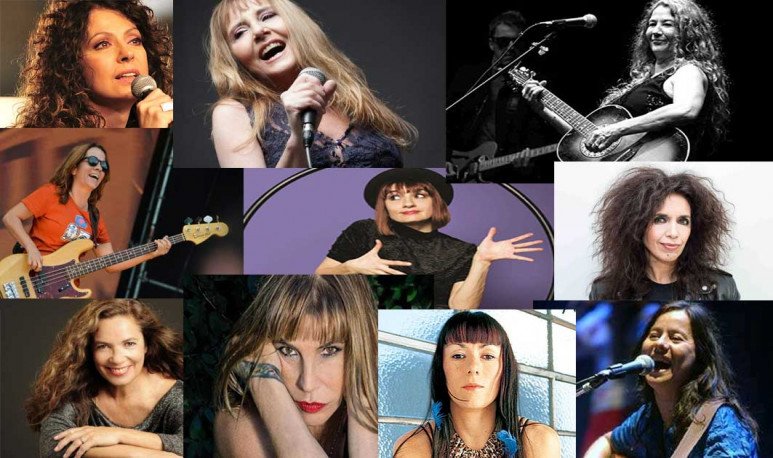 They rock her too. There are many more, but today we want to pay tribute to these 10 women of Argentine national rock.

Guitarist, bassist and songwriter, she was part of one of  Charly García 's most chaotic formations. Then he set up his own band called A1. In more than 15 years of career he joined the bands Rouge, Viuda e Hijas de Roque Enroll, La Montecarlo Jazz-Ensemble, Las Chicas and the duo Suitcase de Loca. He died at age 39 from cardiorespiratory arrest as a result of pulmonary edema.

She was a singer for Sui Generis, and consecrated as the female voice of PorSuigieco. In 1980 he began his solo career and was supported by Alejandro Lerner. He was a couple of  Charly García , with whom he had a son (Miguel García). Then he was in a couple with Nito Mestre. It was one of those who started the path for other female voices to appear in the movement.

He began his career singing blues in the group Alter Ego. In 1982 he recorded his first album, which was a real event:  I become every day more crazy . In 1985 he left folk-blues and formed a punk band produced by Charly Garcia. He then set up shows with Sandra Mihanovich and Ludovica Squirru. It is considered one of the most powerful voices in Argentine national rock.

In  December  1981 he recorded  Puerto Pollensa , his first album. It was made up of songs she had been singing with different musicians she had met in pubs where she played: Marilina Ross, Horacio Fontova, Celeste Carballo and Rubén Rada, among others. On October 2, 1982, she became the first woman to sing at the Obras Stadium. In total it has published 20 albums.

His first steps were taken as a chorist for Punch, the band of Miguel Cantilo. He was a singer of Pedro y Pablo, Alejandro Lerner,  Patricio Rey and his Redonditos de Ricota , David Lebon, Patricia Sosa, Mercedes Sosa and Los Tipitos. He recorded his first album in 1985, which did not have adequate support for its mass broadcast. He then resumed his solo career in 1994, with the edition of When you vi partir.

Correntina , singer-songwriter, rock composer and photographer. He spent part of his adolescence in  New York  and returned to  Argentina  in the decade of 80. He began his career as a singer in bands such as Sweater and Los Twist. After being a singer of Charly García and singer of Man Ray, he debuted as a soloist in mid-2002. He also played in the bands of Gustavo Santaolalla, Celeste Carballo, Lito Vitale and León Gieco.

It's known as “The Lady of the Bajo.” She is a member of Las Pelotas. She is also a singer and songwriter. He studied bass with Carlos Alberto Machi Rufino, bassist for Invisible.

He began recording advertising jingles until he set up La Torre with Oscar Mediavilla and Carlos García López. He recorded six albums, and then began an ascending solo career, in 1990. She's another of the great women of national rock.

She is a drummer, singer and songwriter. His career is recognized for having played and recorded with the most important figures of Argentine popular music:  Soda Stereo , Divididos, Charly García, Attaque 77, Los Rodrí guez, among many others. In 2001 he began his solo career, which already has four albums released.