Improve your health, collaborate with the environment and breathe your pocket. They are the benefits of cycling our bike paths. 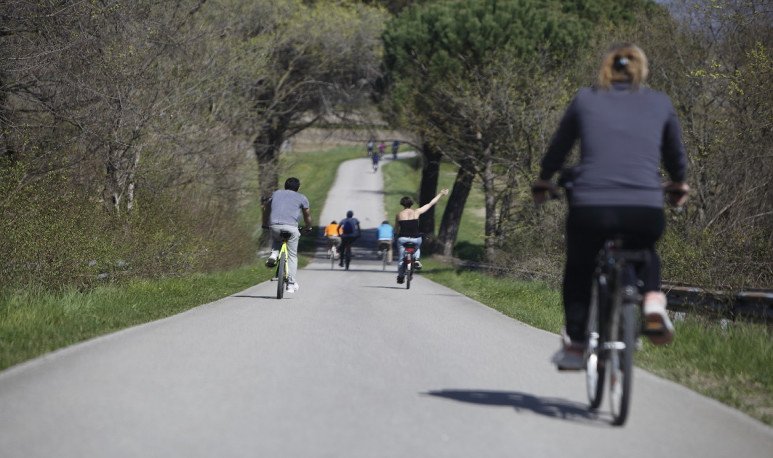 Like any city that, in large part, lives on tourism, the City of Mendoza can be visited and traveled in different ways. As it is not a city of great dimension,  many prefer to walk it.  Others, even with what it involves driving and parking,  prefer to do it by car  . Many others take  public transport , disengage from the responsibility of being in front of the wheel and are engaged in watching and contemplating. Many choose a purely tourist option,  such as  Citytour by bus  . However, in recent years there are more and more people who frequent the streets of our City by  bicycle , taking advantage of the route of the bike paths.

As explained in other articles, we Mendoza are conservative. The streets of our city are not very wide, and the custom of motorists is to be able to park on one side and, in some cases, on both sides of the streets of Mendoza. So, when the bike paths were built, the controversy began.  Many did not find it appropriate to decide to remove parking lots to occupy them with “bike streets”.  In fact, there were major and vehement claims.

Even, initially, opponents seemed to be right. The bike paths were desolate, no one used them. However, people turned out to be permeable.  Motorists  began to see them useful from the fact that they were increasingly frequented by cyclists. Both vehicles did not cross, they diminished accidents and thus were able to live together harmoniously.

Some learn to us

Even having “their own street”,  many cyclists are reluctant to use bike paths . They argue that they are narrow or not functional. They say that the destinations they want to reach are not connected to the network. Thus, sometimes, it is possible to notice  discussions between motorists and cyclists because the latter go down the street , next to the bike path, hinder the passage.

People who travel the city's bicycle paths are divided between those who do it for work, study or responsibilities and those who do it for tourism or to meet and walk. For this last activity it is something totally recommended.  Currently,   plotting is very useful . It connects the main points of the city with the General San Martín Park, so that we can spend a full day cycling around the city.

Buenos Aires: returning to the neighborhoods

The Corridor de los Andes, a must-see tour for 2020

5 tips to plan a visit of the Moon Valley

The Footprint of the Glaciers: a trail to walk through two countries