We tell you the story of women who are recognized as pioneers for their outstanding role in the field of science. 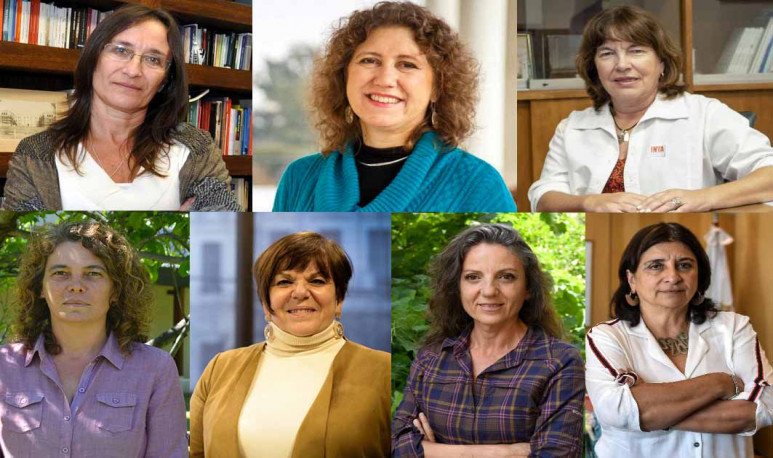 Cordoba  has its  natural wonders  and wonderful personalities. This is the case of these women who stood out each in their area, giving their best. Dodging the  barriers of patriarchy  and overcoming day by day. Today they are icons of Cordovan history. They're admired and recognized wherever they go. These femininity trajectories give us a little hope back. They show us that, despite machismo and the  violence  experienced, there are spaces that can be conquered.

These voices are filtered into worlds that were mainly of men. These voices give space, open doors, revolutionize where they step. That's why  this 8M  is honored to the women who scream. They build the foundations of an  equitable world , which make way for new  generations free of prejudice.  And they are pioneers in their tasks and recognitions. Where the  academic and work world  is everyone's, not a few.

“ La Scotto”,  as they say in the corridors of each faculty, is the first woman to practice as rector of the National University of Córdoba. This pioneer is a professor of history and a degree in Philosophy. She was Dean of the Faculty of Philosophy and Humanities and was consecrated rector of the oldest University in the country. Today she is a professor of the institution and has been working as a researcher at  CONICET since 1999.

He led the international research team Ligo, which came to develop methodologies for listening to the universe. “Gabi” detected gravitational waves and, thanks to this, facilitated the studies of the Theory of Relativity. Graduated from the Faculty of Mathematics, Astronomy and Physics (Famaf), she is engaged in physics. And he continued his training with a doctorate from Syracusse University, USA. USA Born in Cordoba, she took her first steps in the academic world in La Docta. But 30 years ago she was based in the United States, developing magnificent theories.

The nuclear engineer born in Cordoba today opens the way to  new institutional perspectives  . She is currently vice-director of the renowned Balseiro Institute located in Bariloche. This institution is under the responsibility of the National Atomic Energy Commission (CNEA) and the National University of Cuyo (UNCUYO). And this is the first time he put a woman into a managerial position.

This pioneer is the former dean of the Faculty of Mathematics, Astronomy and Physics at UNC. She served as an official of the Ministry of Defence. Throughout his career he held  positions of national interest.  She was director of Industrial Planning and Defense Services. Also Undersecretary for Scientific Research and Technological Development. She currently serves as director of FADEA

She is a biologist and researcher at Conicet . She also serves as a professor at the Faculty of Exact, Physical and Natural Sciences of the National University of Córdoba. The chair he directs is Ecology of Communities and Ecosystems, his specialty. It is dedicated to research the development of life in general, through plants and ecosystems. Above all, it studies the impact of global environmental change on the regional biodiversity of  plant ecosystems . It was  chosen by Naturemagazine  and was among the ten most important in the world. In addition, he received awards from the Bunge and Born Foundation.

This year there are many women who began the conquest, who overcame patriarchal barriers and today are exercising. From all the provinces, from all over the world, and I hope we get to all institutions.  Ana Maria Franchi, as president of Conicet , for example. Or  Susana Mirassou, as president of INTA, among others.  This 8M is part of a year full of revolutions. Full of changes.

The field of sciences and academia, like many others, was always governed by men. Today, little by little, and with women who dedicate their lives to growing professionally, these areas are becoming a less hostile space for feminities.

All this, considering that  career growth  for a woman involves, many times, postponing or abandoning personal projects. Which  does not happen in male career paths.  Women must choose between maternal or career, between our profession or our personal life. Because there are so many demands that  the construction of being a woman  entails that fulfilling them becomes almost impossible. However, these women managed to do it. They managed to colonize these new territories. We hope that there will be many more and that the world of science will increasingly be more equitable. I hope that we will no longer be pioneers, if you do not stop and even  plague  in the areas that did not let us live.