Home Argentine Knowledge Will the moon be blue this Saturday?

The Blue Moon is a phenomenon that takes place every couple of years. This time, it coincides with Halloween. 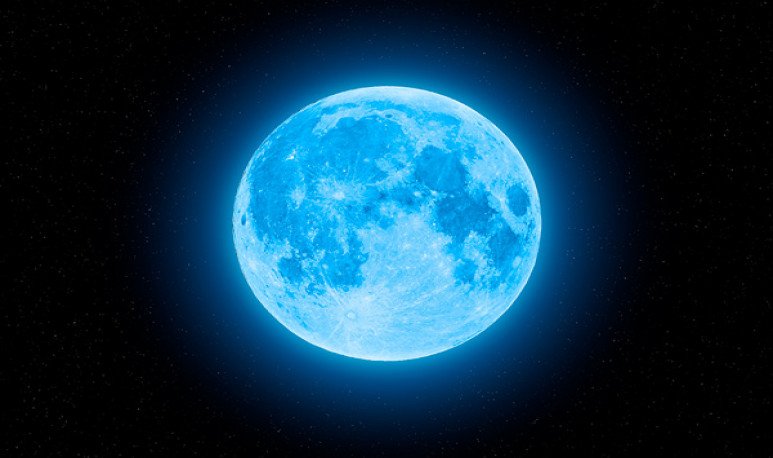 Yes, I also imagined this Saturday on a sun bed, with a beer, staring at the clear sky and, on the black mantle of the night,  a blue  moon   . But, no. I'm sorry to disappoint you: the event that will take place on  31 October  this year  does not imply a change in the color of the satellite  . However, it is an interesting phenomenon that is worth knowing.  We'll tell you what the Blue Moon is about.

In a normal month, the full moon appears once during the period. However, every two or three years,  an  astronomical event takes place   that modifies that frequency. It's called  Blue Moon . Each  lunar  cycle is repeated every 29.5 days approximately. It is the period in which all phases of the Moon occur. But sometimes this phenomenon occurs and we can see  two full moons in the same month . There is also the  Black Moon , which is when there are two new moons in the same period.

This year is one of those years . The last time this event occurred was March 31, 2018. And, on this occasion, it coincides with  Halloween night, which is celebrated in many countries. In Mexico, on the other hand, the holiday of the Day of the Dead begins.

Didn't they have a less confusing name?

If we are going to talk about the Moon (blue or whatever color), let's quote the experts. According to  NASA , the definition emerged in the 1940s from a publication in  Sky & Telescope magazine.  In 1946, in an article entitled  “Once Every Blue Moon,”  James Hugh Pruett quoted the 1937 Maine Almanac and said, “The second (Full Moon) in a month, as I interpret it, is called Blue Moon.” That was what Mr Pruett decided, and it was, even if it was confusing. When there are two full moons in the same month, the second is called the  Blue Moon.

“Usually months have only one full moon, but sometimes a second sneaks in. Full moons are 29 days apart, while most months are 30 or 31 days long, so it is possible to fit two full moons in a single month.  This happens every two and a half years, on average ,” explains NASA.

In this way, this month of October we already had a full moon on the first day and we wait for the second day on this 31. But  the color will be the same as   usual  : pale gray, milky white or silver.

“The key to having a blue moon is to have many particles in the air a little wider than the wavelength of red light (0.7 microns) and that there are no other sizes present. This is rare, but volcanoes sometimes spit out such clouds,” they explain.

But it won't be the case this time. This Saturday, anyway, we can take advantage of the full moon. Take out the chair, open that beer and look at the sky a little bit.  The most wonderful things in life happen in those moments.