Home Argentine Knowledge What was the solar halo that appeared in Mendoza?

A phenomenon rarely seen had as a privileged place to the Mendoza sky. Here we tell you what happened to the solar halo. 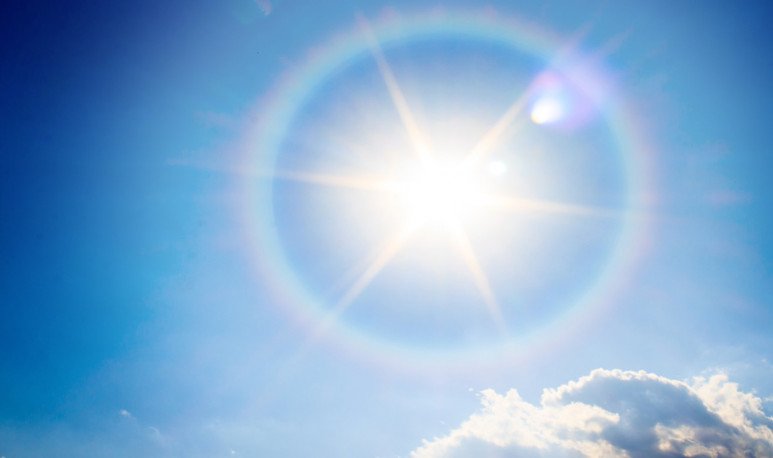 Looking at the sky, there was a kind of cloudiness that allowed to see the sun and around it appeared a giant rainbow, surrounding it, a solar show. The  social networks  of Mendoza were altered  by this phenomenon that could be seen from different parts of the province.

It's nothing strange. This is an absolutely normal  phenomenon  that occurs in much of the planet . Technically it is called solar halo, and it  occurs when ice particles are formed at more than 5 thousand meters at the level of the troposphere  (the layer of the atmosphere that is in contact with the Earth's surface and where rain, winds or snow occurs) and these refract light coming from the sun, generating a color spectrum similar to rainbows.

Colors may vary, although  the reddish color is usually found inside, while on the outside of the ring are concentrated red, blue or green .These halos can even be moles, and will be visible only when there are high and thin clouds, the full moon being the most recurrent period.

According to  meteorologist Fernando Jara, it is a phenomenon that “ has occurred in the summer solstice when the sun is on the vertical middle latitudes in the southern hemisphere,”  he explained.

“Let us remember that the sun is over the tropics of this hemisphere and that makes us have a direct sun on us, with hours of direct sun to the surface and to this is added important  wind  in height with high clouds, above ten thousand meters, which are ice crystals, is frozen water vapor and provokes this phenomenon. It's a solar halo that looks like a rainbow,” concluded the specialist.