Students from a school in Villa Lugano created a safe and won the First National Physics Challenge. They will travel to the World Cup in Israel. 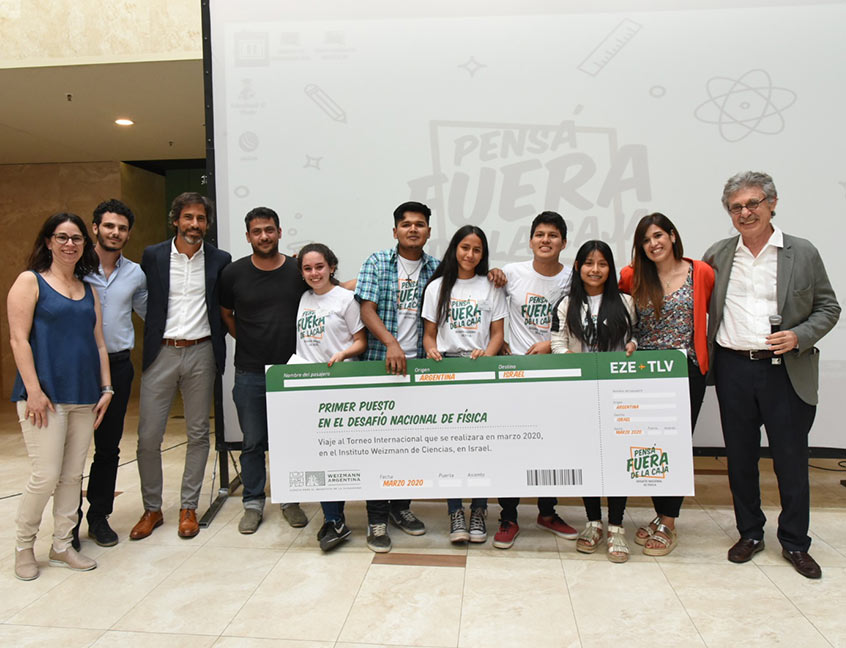 When we bring abstract concepts into reality, everything makes sense. This was what the students of Villa Lugano (Buenos Aires City) experienced who won a physics challenge . The prize: a trip to the world tournament in Israel. This group of students from the Technical Middle School of the University of Buenos Aires set up a safe that no one could open, within the framework of the First National Physics Challenge organized by Los Amigos Argentinos of the Weizmann Institute of Sciences.

The creativity and teamwork were key to winning this challenge. He project consisted of drawing up a safe with mechanisms based on physical principles. Then, each team had to attempt to break the boxes of the other schools and ensure that they do not violate their own. The winners guys what managed: no one could open it.

The team worked three months on the project, tested different ideas and materials, watched many YouTube tutorials and consulted with different teachers. In addition to participating in the challenge, the intention wasfor the students to learn to “think out of the box” and to approach the physics in a different way than that they are used to in the classroom.

The evaluation of safes was in charge of a jury of scientists recognized. Among them was the PhD in Physics Laura Steren; Diego Arias Regalia, Institute of Research in Science Didactics Natural and Mathematics at the UBA; Alberto Rojo, PhD in Physics at the Instituto Balseiro; and Nahuel Vega, experimental physicist of the Atomic Center Constituents.

The trip to Israel

The winning students will have the opportunity to travel to Israel to participate in the International Physics Tournament. This has been done for 25 years, and Argentina had two instances of participation.