Have you ever dreamed of being an astronaut? Four students from Rio Negro and Neuquén traveled to NASA Space Camp. We tell you his experience. 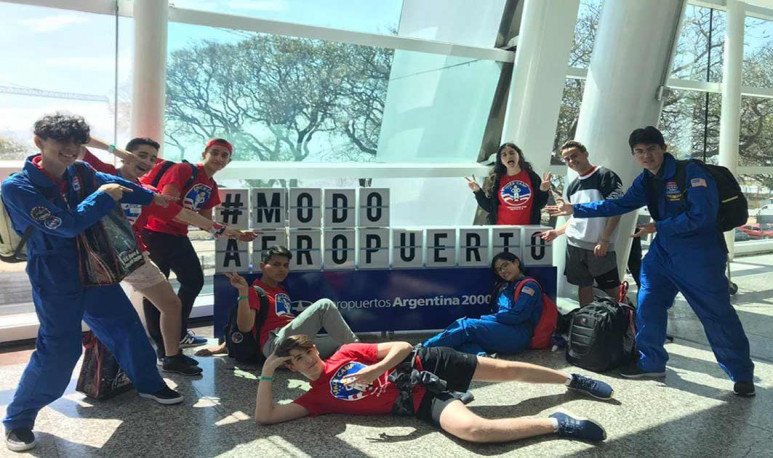 Who didn't ever dream of being an astronaut? Four  high school students  from Rio Negro and Neuquén were able to fulfill their dream. They were  awarded scholarships from the U.S. Embassy  to attend the Space Camp itself, NASA Space Center. Located in Huntsville, Alabama,  Space Camp  is the famous place where flesh and blood astronauts train. The young people were selected with 50 winners of a process of almost 900 applicants.

The fellowship program was held in commemoration of the fiftieth anniversary of the moon landing of Apollo 11. The selection of applicants was performed for 3 weeks. Academic performance, English level and interest in science were evaluated in young people aged 15 to 17. To be scholarships, they had to write three essays in English and upload a one-minute video to YouTube.  Neuquén and Río Negro had four representatives  among the 50 fellows from all over the country. Tomás Fuentes de Cipolletti and Sofía Ezcurra de Fernández Oro were the two rionegrins who participated in the  space experience . Nicolás Ceballos Bravo and Miqueas Cañete were selected by the province of Neuquén. Students from Neuquén and Río Negro were joined by others from Comodoro Rivadavia, Trelew, Trevelin and Ushuaia.

The experience of being an astronaut

The program was developed for five days. During these, Argentine fellows did what  NASA scientists do. They used simulators with gravity chairs and neutral flotation and built a heat shield. They even designed and launched a rocket! In addition, they experienced the  training of astronauts  in their own flesh. It all culminated in a simulation of a long-lasting space mission. For Sofia Ezcurra, this was one of the things that excited her most. “The mock of doing as if we were traveling to Mars and how to build rockets.” On the other hand, Tomás Fuentes thinks big. He revealed that what he sought in this experience is to have more knowledge. “It will give me the experience to later develop a software locally in the future for NASA,” he concluded.