Specialists explained that it has advanced technology for the reproduction of the celestial sphere and simulation of the cosmos. 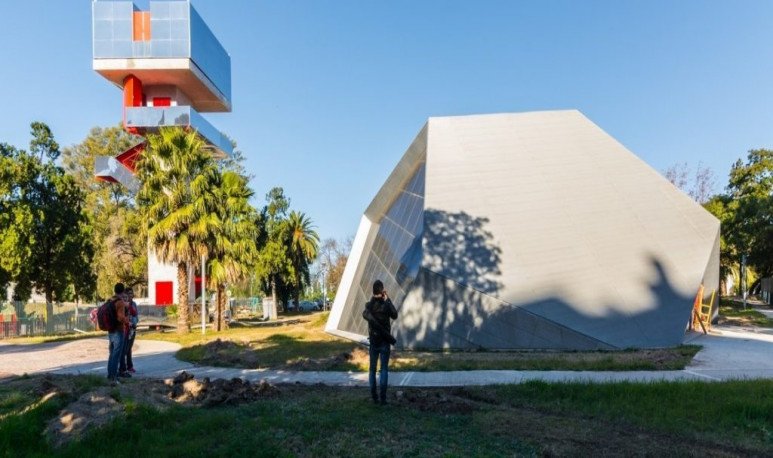 The modern Jules Verne  planetarium  was inaugurated at the  Plaza Cielo Tierra Scientific Interpretation Center , which is located in the space of Las Tejas that is adjacent to Ciudad University, and is the most stellar precision in the country that most accurately reproduces the movement of the 4 thousand  stars  seen in the skies of the Southern Hemisphere, as explained during the inauguration.

The center depends on the  National University  of Córdoba (UNC)  and the Government of the province, while its director, physicist Daniel Barraco, said that is about the scientific center which is among the  “most important and best equipped in the country”.

“ Thanks to this planetarium Córdoba is leading as a destination for scientific tourism, which increasingly moves more families during the holidays ,” Barraco highlighted during the inauguration ceremony.
The planetarium was developed and equipped by specialists from the German company Zeiss , a world leader and with more than 100 years of experience in the planetarium market.

The official stressed that  it is also an important step forward as a tool to improve capacities, both social and educational  and that the main objective is to  “awaken  scientific vocations ”.
“ We understand that technology and fascination is the best fertilizer for those vocations to flourish. Fascination is a great engine for young people, and this space is fascinating. But not only do we stay here in the center, we have a great agenda of activities and we are going to meet schools with scientific camps inside, there we use telescopes, we also do bird watching and geological studies,” said Barraco.
The opening of the planetarium coincides with the summer solstice, the longest day of the year, and the time of the year when the sun, in its apparent movement, passes through one of the points of the ecliptic farthest from the equator and where the maximum difference in duration is given between day and night.

As for the details of technological innovation presented by the planetarium Jules Verne, they explained that it has  digital projection system , together with computer programs for generation and reproduction of shows in the dome of the planetarium, which allows optimization in control and repeatability of functions, with the consequent simplification of the work of the planetarist, and the improvement in the overall experience of the public.
The  Cielo Tierra Plaza Scientific Interpretation Center  was established a year ago, and since then it has been visited by more than 120,000 people. It operates from Tuesday to Sunday with free and free admission.

Innovations in the new planetarium

The main renovation to be carried out at the Jules Verne Planetarium will be the installation of  a digital projection system that will complement the analog star projector.   In this way, it will become the first hybrid planetarium in the interior of the country, and until now the only equipment with similar characteristics that exists in Argentina is located in the city of Buenos Aires, in the Galileo Galilei Planetarium.

One of the projected innovations will be the  updating of the electro-mechanical system of the analog star projector , currently in use. The digitization of most drive commands is limited within these improvements as is the possibility of operating remotely, through the specific software.

In addition,  a digital projection system will be added, which together with computer programs will contribute to the generation and reproduction of shows in the planetarium dome . The analog star projector will be used in conjunction with these programs to add value to the quality of the presentations that can be made.

The magic of stargazing