Argentine and foreign paleontologists confirmed that the fossil remains found in the Salado River belonged to an ancestor of the horse. 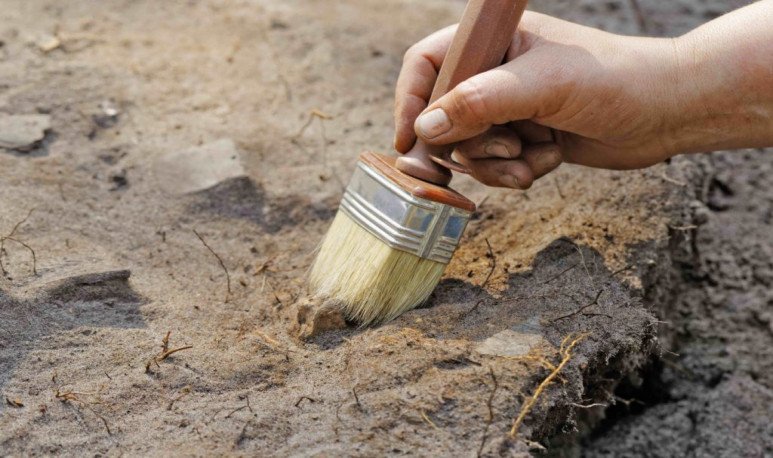 Argentine and foreign paleontologists confirmed that the fossil remains found in the Salado River, in the Buenos Aires city of Junín, belonged to an ancestor of the horse who inhabited the region 10,000 years ago.
“ This is the hippidion, which was more robust and slightly smaller than the present horse, similar to a zebra, measured a meter and a half tall legs and, in proportion to his body, had a big head,” Joshy's Legacy Museum director told TélamMaria Marchetto.
The specialist noted that weeks ago were visited by paleontologists José Luis Prado, Ricardo Bonini (INCUAPA-CONICET) and María Teresa Alberdi (Museo de Ciencias Naturales de Madrid), who “noted the scientific importance of Junín's fossils, studied animals related to the current horses and elephants, and were able to confirm the existence of a new genus of animal that is already extinct.”
“ We had some fossils of equus neogeus, which is another ancestor of the horse; and we suspected that other remains could belong to the hippidion, and thanks to the collaboration of these three renowned professionals it could corroborate this fact,” he said with satisfaction.
In the Salado River, two metacarps (bones of the front legs) and two molars had been found that, now it is known, belonged to the hippidion, estimated that this animal inhabited Junín 10 thousand years ago.
Marchetto explained that the genus Hippidion “came to our continent from North America about three million years ago when the isthmus of Panama connected the two Americas.”
“ The confirmation of a new genus of extinct animal that adds Junín demonstrates the high scientific and cultural value of our paleontological site and the importance of protecting it accordingly,” said Marchetto.
Last year, the downside of the Salado river, after the floods that affected that basin in 2017, took to the surface more than 200 fossil remains of the megafauna that inhabited the Buenos Aires region and other animals that coexisted with it, such as glyptodontes, tigers “saberteeth”; stegomastodon (elephant of the pampas); macrauchenias, giant sloths such as megatery, equus neogeus, relative of the current horse and very similar to it, toxodon, among many others.