A monkey from the missionary jungle, weighing a kilo and a half kilos and was named Juan, became in December 1969 the “first Argentine astronaut” when he was sent to space. 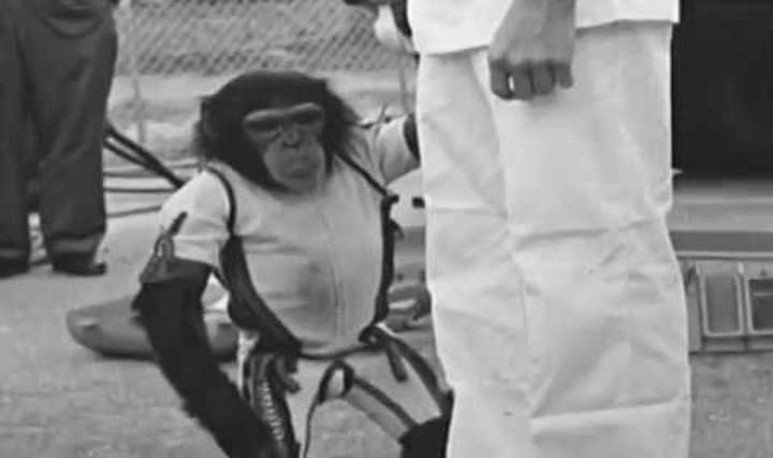 A monkey from the   missionary jungle  , weighing one and a half kilos and was named  John , became in December 1969 the "  first Argentine astronaut   "when he was sent into space, five months after man's arrival on the moon.

“The flight of the  monkey Juan  occurs in a context where   Argentina   had its space agency which at that time was called the  National Commission of Investigations   Space (which is today the  Conae  ) and had an intense program of work, including vector development and rocket development,” said  Diego Bagú  , director of the  Planetarium of the City of  La Plata  .

On December  23, 1969, at 6.30 a.m., the  Canopus II  probe rocket was successfully boosted with the monkey  John  as a crew member in an eight-minute suborbital (not orbit) flight, up to one height of about 90 km, crossing the boundary of the earth's atmosphere with outer space.

It was launched from the  Center for Experimentation and Missile Launching

Self-propelled from Chamical, in   La Rioja  .

After the trip, Monkey  Juan  lived for more than two years in the zoo in the city of   Córdoba   .

The experience was carried out by a team of engineers, biologists and  Argentine doctors , with technologies developed in the country, within the framework of a project called Experience BIO, headed by the  National Institute of Aeronautical and Space Medicine and the National Commission for Space Research .

The BIO project, “in charge of the aeronautical engineer  Aldo Zeoli , considered one  of the parents of Argentine astronautics , proposed as its main objective the experimentation of living beings in rocket launches and, if you could reach space, much better”, said Bagu.

“The first living being tested with a rocket was  Belisario , a laboratory rat, an April 1967 experience that was successful,” he said.

He said that “the rocket reached almost three kilometers high, much less than reaching space (100 kilometers) but allowed to experiment with living beings on top of rockets and especially the acceleration that these launches produce.”

“The point is that  Belisario  endured it and continued to live several years after that experiment,” said  Bagú  .

In this line he stressed that “with Belisario's experience, Argentina became the fourth country in the history of the world to experiment with living beings in rocket launch after the United States, Soviet Union and France.”