Home Argentine Knowledge The original invention for travelers of a rosarina

Michele is a restless Rosarina entrepreneur. Touring the world, he came up with developing a very useful tool for travelers. 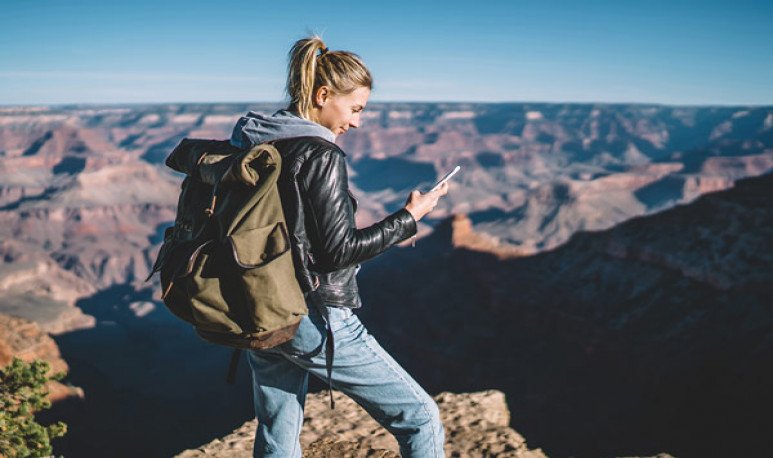 It is not new to recognize how  Rosario stands out in the entrepreneurial world.   The city is a huge project site. And, if it comes to technology, it has important ventures that excel internationally . With the focus on reaching global scale, but perhaps without thinking it could arrive so soon,  Michele Giorgio created FOW, an app  designed exclusively for travelers. Last year, just three months after launching the App, she was nominated in the category of entrepreneur by the international company “Booking” to the Technology Playmaker awards. They highlighted it for its contribution and impact on technology during 2019. Only 44 women were nominated among thousands of applicants around the world.

Michele is rosarina and is 33 years old. She is a young entrepreneur who has long been developing innovative proposals. In 2011 he founded the entertainment company MEG Producciones, which is dedicated to providing musical shows . But her love of travel led her in 2016 to embark on her first solo trip through the European continent. During that trip he noticed that there were a lot of travelers in his same situation. Touring the same places and enjoying the same things,  wanting to meet other people. But there wasn't a means to connect them.   It was then that the idea of FOW (Friends Over the World) arose.

This is why this application created and designed exclusively for the traveler was born. It is for everyone who travels alone, accompanied, with a couple or friends but would love to meet other travelers. A tool that helps you in your dream of sharing some tapas in Spain, have a picnic in front of the Eiffel Tower or tour the Chinese wall together.

Invent from a need

The project was born because of a need that Michele had traveling. I felt like something was missing because she was traveling alone. It was a situation he loved, but, at times, he wanted to match someone. Rosarina tells that she once stayed in a hotel where there were all Yankees . And while she speaks English, it's not the same to be able to talk to another Argentine. She tried several applications, but none met her need: find people who are in the same as her, who want to share a drink, an excursion. When he came back, he started sketching the project.  He contacted programmers and started everything . Today, FOW is available in five languages, in Spanish, French, English, Italian and Portuguese.

The development of the application began in 2016 but only in 2018 Michel was able to dedicate himself to full and concrete the project. It was finally in September 2019 that FOW came true.  Today it has more than 10 thousand users  and constant updates that improve the interface and add different options to the user.

Using FOW is super easy. Just register, upload your trip, and the app is responsible for telling you which people you're going to match in your destinations. You can chat, set up meeting points and even set up a general chat with everyone in the same destination. He already has registered people from Portugal, Spain, Germany, the United States and by his post Argentina.

As she continues to travel the world, Rosarina develops more things  for travelers, always from FOW. All the time you look for new features for your app. Michele says the idea is for you to come in and, if you uploaded that you are in Rome, the app will suggest restaurants, tour guides and photographers for the perfect, influencer-style photo.

I'm sure Michele will keep surprising in innovation, like good rosarina.