Camelids of this colour are valued by some sectors of the textile industry, as their fibers can be dyed in different shades. 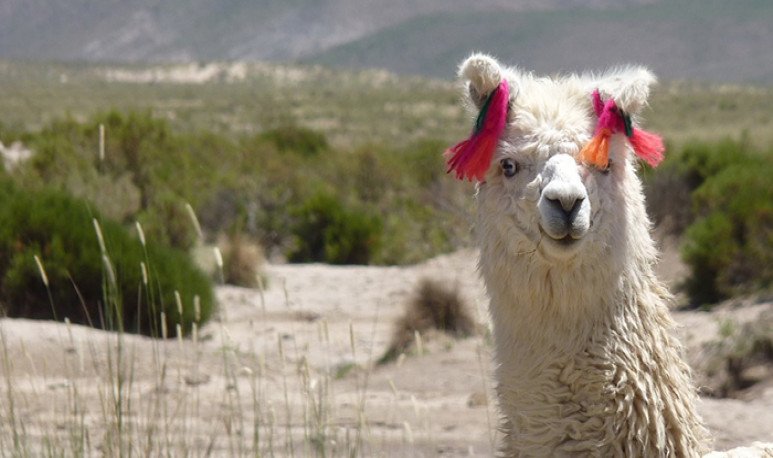 Camelids of this colour are valued by some sectors of the textile industry, as their fibers can be dyed in different shades.

Finding the genes that determine the white color of  flame  fibers is a challenge for scientists looking to innovate in a textile industry that moves millions of dollars globally. It is the favorite color of some sectors of the market because it has the advantage that it can be dyed with any shade you want.

The drawback is that, in  the flames , the color of the offspring is very difficult to predict. For example, the traditional cross of two white specimens can give brown and even black offspring. A natural variability that baffles producers.

Now, Argentine scientists made a breakthrough that is beginning to put the matter “color”. As the journal 'Animal Genetics' reveals, scientists from the Multidisciplinary Institute of Cellular Biology (IMBICE), in La Plata, identified and obtained the sequence of two genes that are expressed in less quantity in the white flames.

These genes, called KIT and MITF-M, are not yet “responsible” for color, but their finding encourages the viability of the approach and renews the expectation of finding them.

“Knowing the genes that determine color, matings can be designed based on the genotypes of parents, not only on their external appearance,” explained to the Agency Cyta-Leloir the director of advancement, Dr. Florencia Di Rocco, researcher at the Molecular Genetics Laboratory at IMBICE, which depends on the CONICET, the National University of La Plata (UNLP) and the Scientific Research Commission of the Province of Buenos Aires (CIC).

That methodology could improve the specific production of the desired colors, said Di Rocco. In Jujuy alone, the production of flame fiber usually averages a total of 80 tons per year generating an income to the productive sector of about 12 million pesos.

Asked about this, agronomist Hugo Lamas, researcher in camelid fibers at the Institute of High Height Biology at the National University of Jujuy and the INTA of Abra Pampa, told the Cyta-Leloir Agency that “the search for white flames can put the biodiversity of these camelid fibers at riskelids which have fibres of other colours such as black and grey. '

“We need to be careful. If what happened in Peru, which almost made the flames of colors that are not white disappear, we will be in a big problem,” said Lamas who since 1995 has been working on commercial processes and value added fiber of llamas and vicuñas. He added: “Biodiversity is a key aspect of the conservation of endemic animals. All knowledge is good, the problem is how it is used and the impact it has on the Andean communities.”