Home Argentine Knowledge The contribution of a scientist from General Roca

The young Gina Antonella Tonicelli began her doctoral studies in biology on seaweed from Piedras Coloradas from the spa village of Las Grutas. 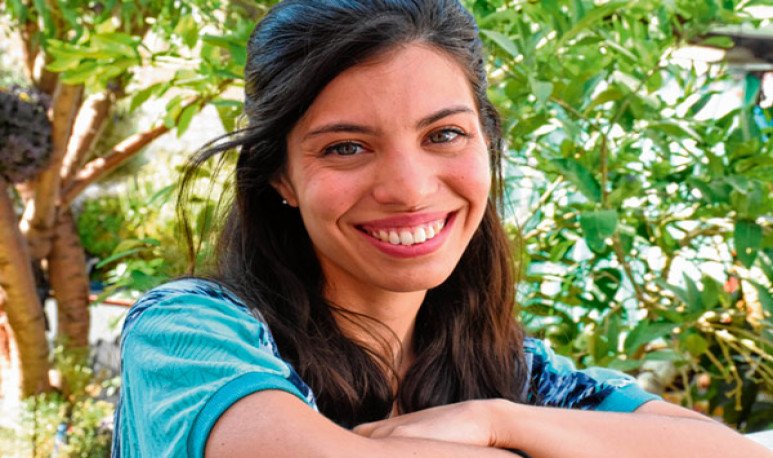 The young  Gina Antonella Tonicelli , from the   rionegrina   town of  General Roca , began his doctoral studies in biology on seaweed from specimens of Piedras Coloradas from the spa village of  The Grottoes . He works at the Argentine Institute of Oceanography CONICET-UNS, in the Biology, Biotechnology and Ecology Algal group, led by Dr. Elisa Parodi.

After a joint work with authors from the Universities of North Carolina and La Coruña, the United States and Spain, respectively, and after two and a half years, they were able to realize the discovery of a new genus of red macroalga: “Meridionella”, who bears the name of la roquense and its team: “Meridionella Tonicelli, Croce & Hommersand”.

It also presented two new species with their respective distributions and descriptions: one, which is called Meridionella Obtusangula Tonicelli, Croce & Hommersand, is located in the Piedras Coloradas area, Las Grutas, in the   Falkland Islands  and Punta Arenas, Chile; the second is distributed in the Shetland Islands, King George Islands, Anvers Islands and the Antarctic Peninsula and called Meridionella Antarctica Hommersand.

The dissemination and publication took place in January, but was accepted in October 2020 in the Journal of Phycology. Gina explained that “all these studies were framed within my doctoral thesis in order to give identity to those copies that I collected in 2016 in Las Grutas”, a work under the direction of doctors Maria Cecilia Gauna and Elisa Parodi entitled “Evaluation of bio - ecological aspects of the species Meridionella Obtusangula (Rhodophyta) from  Patagonia Argentina , as well as the optimization of its cultivation and valuation as a source of carrageenans”, which is the most important and aacute; waiting to be evaluated and defended.

Photosynthetic organisms (seaweed, microalgae and macroalgae) can be found in both freshwater and saltwater bodies: “The most important thing is to highlight the idea, be able to evaluate and study a potential resource to be used in industry. Because macroalgae provide ecosystem services, they are benefits they give not only to people but to any other organism,” said researcher roquense.

He wanted to know the benefits that are obtained from nature, specifically from the selected macroalga, the red one: but he identified, at the middle of the doctorate, that this did not fit into the morphological characteristics with the species already studied. Thus, research was started parallel to Gina Tonicelli's thesis, along with American researchers and recent samples from Antarctica and Chile. It was thus completed and verified that it was a new genus and two new species, only located in the southernmost area of the world.

Gina has various presentations and congresses on her academic journey: the first 8 years ago, at the XV Latin American Congress of Sea Sciences - COLACMAR, held in Punta del Este, in the neighboring country of Uruguay until numerous in 2019, all in the XVIII edition of the same Congress, this time in Rioplatense but Argentine lands, in  Mar del Plata . These scientific meetings bring together researchers from different countries to delve into discussions about the wonders of the sea, both fauna and flora and microorganisms.

Argentine science  continues to delve into new research into the exact and social sciences; from the discovery of fossils in fields inside the provinces as also research on the sea and coast of Patagonia. General Roca is once again news by international recognition, new and fascinating discoveries that help complement and discuss knowledge. Gina Tonicelli, the 26-year-old young researcher, from Roca to the world.