A team of students from the UBA Law School won the Concours d'Arbitrage International in Paris. Visitor and French. 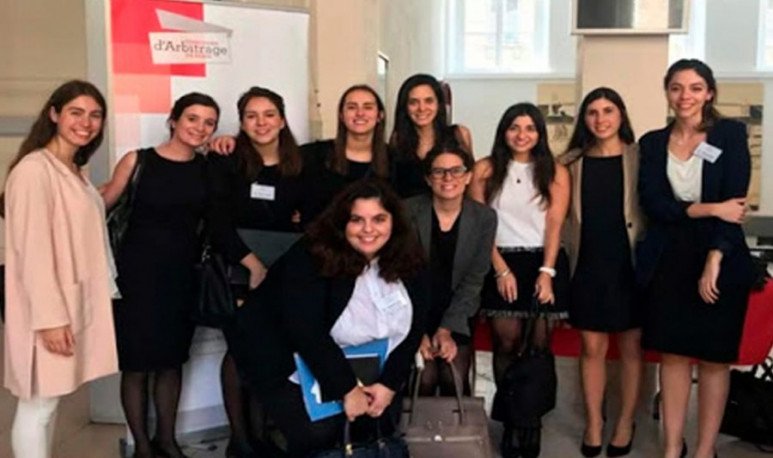 They did it again. The students of the   University of Buenos Aires (UBA)   they keep leaving us well standing around the world. This time, a team from   Faculty of Law   was consecrated champion of   Concours d'Arbitrage International in Paris   . And that's not all: they made it   competing in french   against local universities.

The event was carried out by three students from the UBA:   Milena Klimberg van Marrewijk, Mercedes Arevalo and Trinidad Agnes Basaldúa   . It was they who got the first place in the 15th edition of the competition. To achieve this, they faced   five prestigious French institutions   .

The   Concours d'Arbitrage International   is organized by the Science Po Law School, in conjunction with the Court of Arbitration of the International Chamber of Commerce (ICC). This is an academic event developed entirely in French, which has convened 65 universities from 4 continents, representing 22 nationalities. It develops in two phases. The first is a   written phase   , composed of two qualifying stages. In it, the teams draw up and exchange memorials assuming the position of plaintiff and defendant, successively. The second is   an oral phase   , in which the eight teams selected face professional performance before a simulated arbitral tribunal made up of renowned jurists. This stage is subdivided into two: the semi-final and final. In the final 4 of the 8 universities that access the oral rounds participate.

The   UBA School of Law   participated in Concours since the sixth edition, nine years ago, and this is not the first time he achieved a prominent position. Its representatives reached the final four times and in two editions they were distinguished with the award for the best memorial. In the 2018 edition, they won first place, making it the only American university to win that award.

Because of the pandemic,   audiences went away   . The students first made a written presentation of essays in French and then another oral defense of those writings and personal interviews, via videoconference. They also had to pass this course CPO International Commercial Arbitration and International Sale of Goods, which certifies the knowledge in the subject matter of the event.

“The triumph of the Faculty of Law of UBA has crowned months of work by this team of students and years of uninterrupted work of the Faculty's team of teachers who work constantly and with the highest commitment to provide quality public education at an academic level that is stands out in the international arena,” the Faculty said in a statement.

As a visitor and in foreign language, the Argentinean team came out champion.