Home Argentine Knowledge Favaloro's bypass, among the 400 inventions that changed the history of mankind

The technique developed by René Favaloro was included in Google's cultural platform. 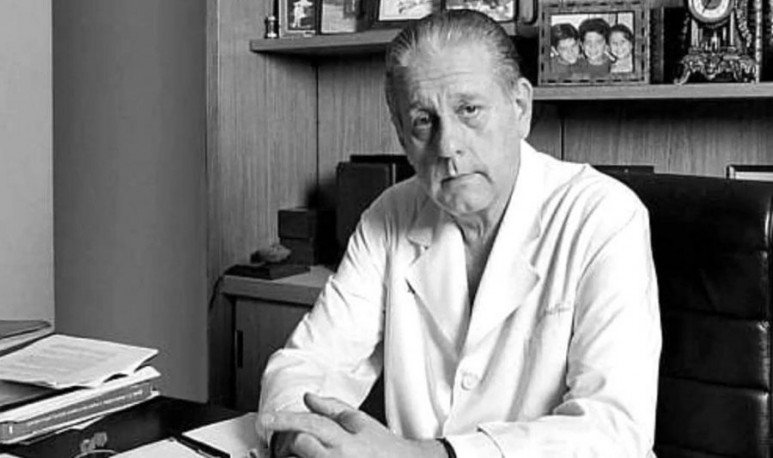 The bypass technique developed by the Argentine cardio surgeon   René Favaloro   was included in Google's cultural platform as part of the “400 inventions and discoveries that changed the history of mankind”, a recognition celebrated by the doctor's family so that his legacy “inspires the next generations”.
“ It is a pride that they have chosen the bypass technique as part of those 400 inventions around the world and I consider that inclusion on the platform is a way for younger people to meet René, both the doctor and the man,” said his niece  Liliana Favaloro , president of the Favaloro Foundation.
From videos told in first person, unpublished images, fragments of books and photos anyone can access this virtual exhibition prepared by Google (available at: G.CO/Onceuponatry) and take an online tour about the life and career of the legendary doctor.
His origins can be traced, the university where he studied, the place where he worked as a rural doctor in La Pampa, his stage in Cleveland - where he applied the technique for the first time - and his return to Argentina to embark on the Foundation's dream, explained Florencia Sabatini, manager of Google Communication for the Southern Cone, during the presentation of the virtual show in the Buenos Aires offices of the Internet giant.
The Google Arts & Culture platform, available at https://artsandculture.google.com/, has 400 outstanding works in the form of virtual samples called “Once Upon a try. There was once... an idea,” among which the “only discovery of Latin American origin is Favaloro's aortocoronary bypass, a revolutionary surgery that changed the lives of millions of people around the world,” he added.
“ I think meeting René is a good way to understand that we all have DNA, it's just a matter of motivating and expressing it,” added Liliana Favaloro.
The doctor's niece described that she will not only be able to know her scientific facet, but also her personality and “rejoice in Argentine history.”
“ This tool opens up a spectrum in research, science and art that will motivate younger generations to find a niche,” he said.
He also argued that René's legacy represents a “very good decalogue for doctors and surgeons, as well as his' humanist 'facet: “He loved going to the provinces, giving community talks, meeting students at school, all very valuable things.”
During the presentation was the doctor Oscar Mendiz, director of the Institute of Cardiology and Cardiovascular Surgery at the Fundación Favaloro University Hospital, who expressed his “pride that the legacy of René Favaloro has been rescued.”
“ Favaloro developed the bypass technique, which allowed to improve and prolong the lives of countless people around the world,” said Mendiz.
The cardiologist said that “the bypass, introduced more than 50 years ago, is also valued and internationally recognized, and despite the elapsed time and medical and scientific advances, it still persists unalterable and continues to save lives.”
This exploration trip about Favaloro's life and work was worked in partnership with his Foundation, which provided information, content and curatorship.
Among the 400 inventions and discoveries that are part of this platform are the explosion of the Big Bang, the first women to travel into space, the first map of America, the Galileo Galilei telescope, Marie Curie, the cloning of the Dolly sheep, the largest machine in the world and the letters from Albert Einstein to French scientists.
The prestigious cardiac surgeon committed suicide on 29 July 2000 when he shot himself in the heart, burdened by the financial crisis that was going through his foundation and disappointed at the lack of answers from the authorities and businessmen.