Research developed in Argentina provides new data on the vision of a crustacean. 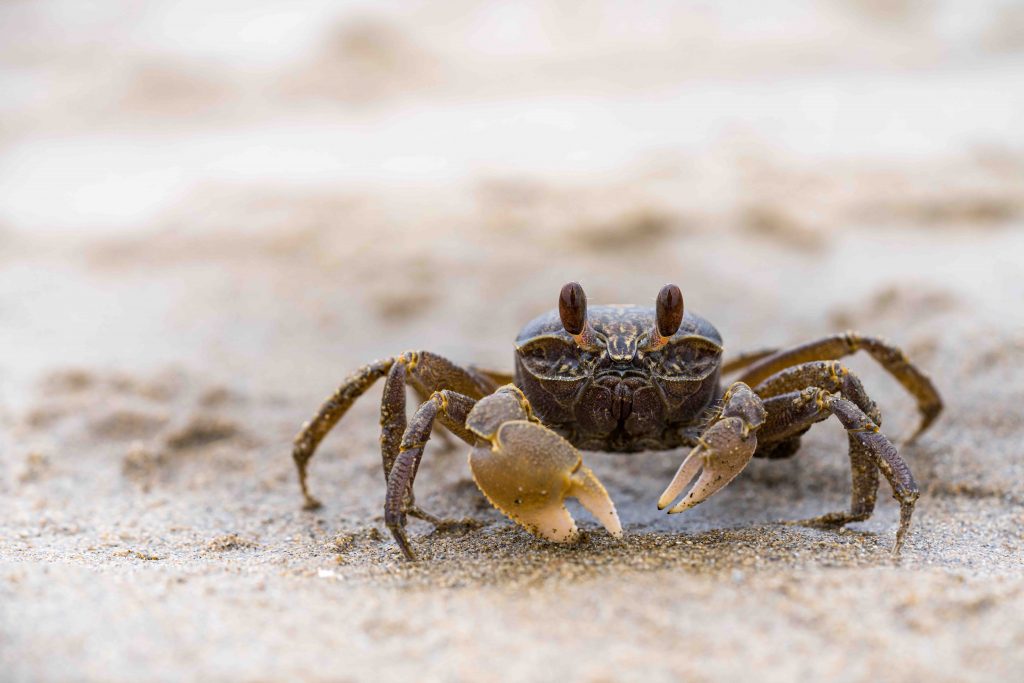 Research developed in Argentina provides new data on the vision of a crustacean.

The sharply spaced eyes and behaviors guided by the vision of the crab 'Neohelice granulata' or granular crab, mud or digger, suggest that this highly social predator can calculate the visual parameters of the moving targets by combining data from both eyes, but it is not clear where and how the two sources of visual information are merged and processed.

Now, a new research carried out in Argentina provides information on the vision of this crustacean. A team of scientists from CONICET and the University of Buenos Aires have discovered that crabs combine the entry of information into their two eyes from the beginning, in the visual path of their brain, to follow a moving object.

The research, published in the Journal of Neuroscience, focused on adult male crabs from the Atlantic coast of Argentina. By manipulating the visual field of animals and recording the activity of giant brain neurons of these motion-sensitive crustaceans while presenting a mobile bar on computer screens, Daniel Tomsic and his colleagues demonstrated that these cells perform complex information integrations.; visual of both eyes.
Such binocular visual processing can be important in the species's ability to capture prey and interact with other crabs. The crabs of the species 'Neohelice granulata', inhabit Atlantic coasts and estuaries from Rio de Janeiro to the Valdez Peninsula and whose most common predator is the seagull.

In previous studies, Tomsic and his team had identified the brain neurons responsible for adjusting the speed of the escape stroke of crabs based on the speed of expansion of the perceived image of the object approaching them. And then they investigated the biophysical mechanisms that allow those nerve cells to convert visual information into the electrical message sent to the motor centers to control the speed of flight.

The story of the monkey Juan, the “first Argentine astronaut” to reach space

Every day closer to the drug against HU