Home Argentine Knowledge Sid from “The Ice Age” is in Santa Fe... alive?

They found a prehistoric creature in Arroyo Seco. The copy is very similar to the character of “The Ice Age”. Tranqui, Susana: these are the remains. 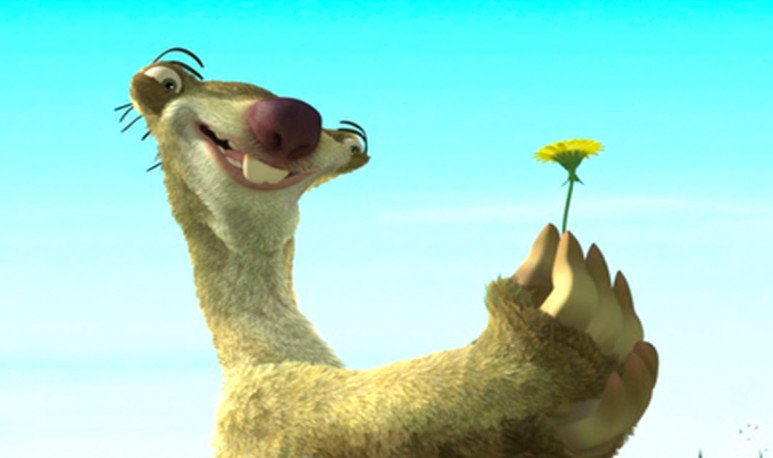 Susana Gimenez's famous question, when he was told that they found a dinosaur, could be calmly repeated these days. It is that  a very valuable paleontological find  was recently discovered in Arroyo Seco, Santa Fe province. It is a  glossotherium , a kind of sloth very similar to Sid, the endearing character of  The Ice Age .

The  bug  disappeared from the earth about 15,000 years ago. In fact, some data indicate that  the last record of life dates back 8,000 years ago  and occurred near Buenos Aires. Hence the relevance of this news.

The arroian culture secretary Franco De Cristófano explained the  finding in media statements. It was  two people , on Sunday, July 12, who  found the remains . It was in what is called the descent of Acevedo. From the outset, they realized that fossils could belong to an extinct animal.

In principle, and according to the first observations, it would be a  glossotherium . As we said, this is a kind of giant sloth. It was characteristic of South America,  was large  and was of terrestrial habits.

The fossil remains found by the two people were properly preserved, given the nature of what they recognized they had found. It was so, quickly,  they contacted specialists in the subject . These days  paleontologists  were arriving in the city of the heritage area of the province of Santa Fe. They have a mission to determine with certainty which animal it is. Once this is done, it will be defined whether the extraction is done  or left for later, when the quarantine for the coronavirus is over.

There is no doubt that the  historic downhill  of the Paraná River made this animal be discovered. Otherwise, it would almost certainly have been impossible to detect it, due to the usual flow of the river.

According to historical bibliography, the first fossils of  glossotherium  were found by  Charles Darwin  on his trip to South America, more specifically in the west of Uruguay. It was a little smaller than this one. Maybe Sid from  The Ice Age  is more similar to that one.  It was going to weigh about a ton and a half.  His face was shorter and thicker than that of other giant sloths.

Now, we will have to see what the experts will determine, when they take the appropriate samples.

Do you know Arroyo Seco?

Arroyo Seco is a city in the Rosario Department, Santa Fe province. Share the name with the same name Arroyo.  The city is located on the west coast of the Paraná River  and is 32 km south of Rosario and 193 km from the provincial capital city.  Arroyenses  are about twenty thousand. It is one of several cities near Rosario that grew a lot in recent years. The news of the prehistoric animal revolutionized the village, which now expects what will be the fate of this relative of Sid.