The Science in Action Festival brought together more than 5500 people. The families participated in this playful sensory proposal. We'll tell you what it was about. 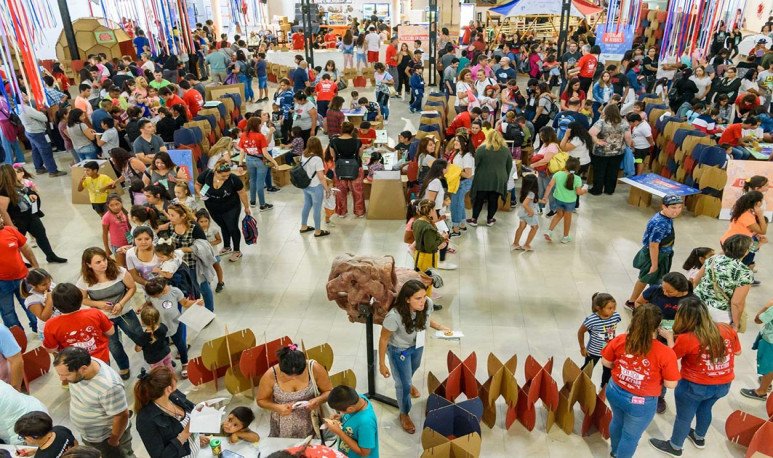 For some time, agencies and institutions have been promoting  science and technology activities for children . Tech colonies, for example, were promoted this summer as an idea to  arouse interest  and early  scientific vocations   in school children  .

The Science in Action Festival was another of the free proposals that promoted in Chubut. The exhibition was promoted by Pan American Energy and took place in two cities in Chubutense. Thus it was that the  Cultural Centre of Comodoro Rivadavia  and the  Egidio Feruglio Museum in Trelew  were the spaces where the exhibition was held.

About the Festival's proposal

“ Science in Action”  was an innovative sensory playful proposal  that PAE carried out together with the Civil Association Expedition Science. In addition, it had the collaboration of the municipalities of Comodoro Rivadavia and Trelew.

The sample was spread for three days. Girls and boys were able to enjoy multiple  proposals for the dissemination of science through play . There were workshops, talks and different experiences aimed at the whole family.

More than 5200 people gave the present at this festival, which was endorsed by the Ministry of Science, Technology, Productive Innovation and Culture of the province of Chubut. The coordinator of the exhibition, Alberto Fernández, commented that the objectives were exceeded pleasantly. Not only did the children access science in a festivities and festivities, but also adults enjoyed at the same time and joined the various proposals.

The  Egidio Feruglio Museum  and the  Science Clubs Network  (SCTEIP- Nación) were also part of this exhibition and presented their initiatives. In this sense, Fernández stressed “that joining these actors was key to the development of a unique and original proposal. Also important were the more than 80 young volunteers who joined through the Science Horizon Program. They spread the sample among teenagers and in this way we had a lot of teenage audiences, something very difficult to achieve.”

Next year it is expected to be able to hold a new edition of this festival and expand it in other cities in the province of Chubut.