Federico Ariel, researcher at Conicet, was awarded among 170 works from all over Argentina. New strategies for sustainable agriculture. 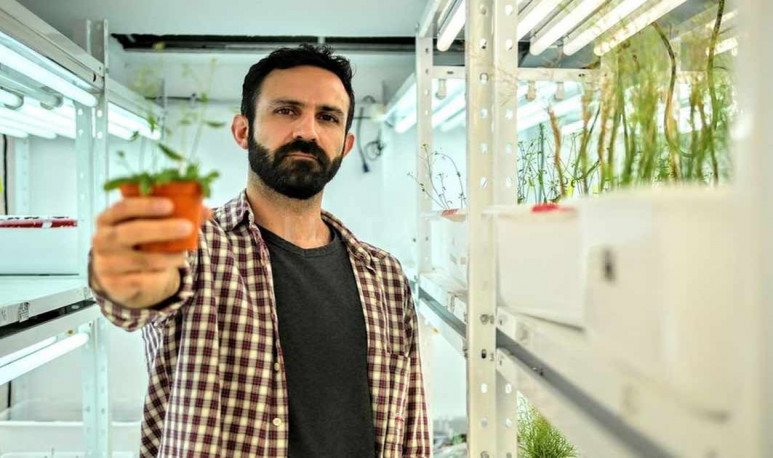 Federico Ariel is a plant geneticist and researcher at the local Conicet. He was awarded the  first award among 170 works  from all over Argentina.His work investigated new sustainable  agriculture  strategies and how they can contribute to improving crop yields.

For the jury of the Fima Leloir Prize, “it was a privilege and a huge responsibility to select a winner among so many excellent candidates, who have not only been protagonists of  international achievements , but also show  perspectives brilliant scientists    with their own projects of local and global interest,” said the director of the jury, Fernando Soncini, researcher at Conicet.

Faced with humanity's “devastating” advance on  nature , “it is urgent to think about new sustainable agriculture strategies that respect our planet,” said the distinguished scientist, adding that achieving this goal “it is necessary to better understand how plants work, how internal signals of the organism and the conditions of the  environment converge in their development.”

The studies that led him to be awarded relate to the genetics and epigenetics of plants. Striking, barely a small portion of all plant  DNA  has instructions for making protein sequences. The rest is known as “non-coding” DNA, and for decades it was considered “junk DNA,” with no apparent function.

However, in recent years there have been numerous studies that show that in reality, this' garbage 'DNA “can also be transcribed to RNA's (mediators between DNA genetic information and protein synthesis), which play a wide variety of functions in development of living things,” explained the researcher Santafesino. The “deregulation” of these genetic segments is  associated with numerous human and animal diseases , as well as participating in the adaptation of plants to the environment.

Ariel and his team have shed light on how non-coding RNs are responsible for regulating the distribution of plant genes in the cell nucleus space, that is, how hereditary information is sorted into three dimensions. “This organization has a direct impact on the expression of genes and the development of organisms,” he explained.

His studies , including experimentation with Medicago truncatula, a model species of legumes of high economic and nutritional value, the Arabidopsis thaliana plant and tomato, can also contribute to improving the yield of   crops .

Federico Ariel is director of the Epigenetics and Non-Coding RNA Laboratory at the  Instituto de Agrobiotecnología del Litoral  (IAL), based in the city. The recognition received “transcends my person, because it shows the strength of plant biology as a discipline in Argentina. I am honored to receive an award that evokes the memory of one of the fundamental precursors of Argentine scientific development, Federico Leloir,” said Ariel. The prize is the initiative of Josefina Hortensia “Fima” Leloir, niece and goddaughter of Dr. Luis Federico Leloir, Argentine Nobel in Chemistry in 1970.