The project for the elaboration of ecological cobblestones, of Galvenses teachers and students, was highlighted among a thousand presented in a national competition. 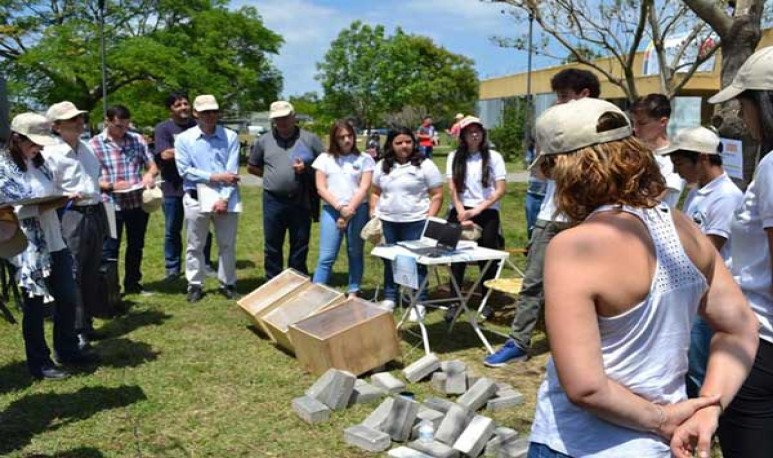 The project called " Ecological cobblestones “, developed by students and teachers of Galvez, was selected among the ten finalists of the 2019 Master Award given by the Ministry of Education, Culture, Science and Technology, which annually recognizes teams of educators in the country who have achieved improvements in the trajectories and learning of  students .

The initiative was developed at the School of Professional Technical Education No. 456 “Hipólito Yrigoyen” in the city located 150 kilometers from Rosario. For this fourth edition of the award,  a thousand proposals were received  from high schools across the country.

On the call, Mariela Guadagnoli, teacher of the Construction Workshop, commented that the project is worked since last year, when with the second year group shift afternoon, they signed up to participate in Science Fair organized by the Ministry of Education of the Province of Santa Fe, and that in theoacute; n 2018 was made within the framework of  Edufest.  From there, they passed to the national instance, where  they received a special mention.

“It was really a moment of learning the Science Fair: we started from a problem we saw at school,  we made an  innovative product , we made suggestions in the evaluation we took and followed growing. We worked all year round: we tested tetra containers, plastic buns, telgopor. To all these cobblestones we did essays of understanding,” said Guadagnoli.

“Ecological cobblestones” arises from the possibility of working with concrete problems that were detected at school. From this project arose the need to pave certain areas and pedestrian sectors that are flooded on  rainy days. The teaching team and their students proposed the construction of cobblestones with the incorporation of discarding materials that are collected in the clean spot of the school yard. There are collected non-degradable materials, such as telgopor, among others.

The cobblestones are small in size,  simple to transport , break less often than the slabs that are made in the school and are more versatile in their installation, all supported by a municipal ordinance requiring the use of them in the central area of the city.