Favaloro was a straight man who never stopped being a rural doctor. And the Argentine who made the greatest contribution to humanity, the bypass. 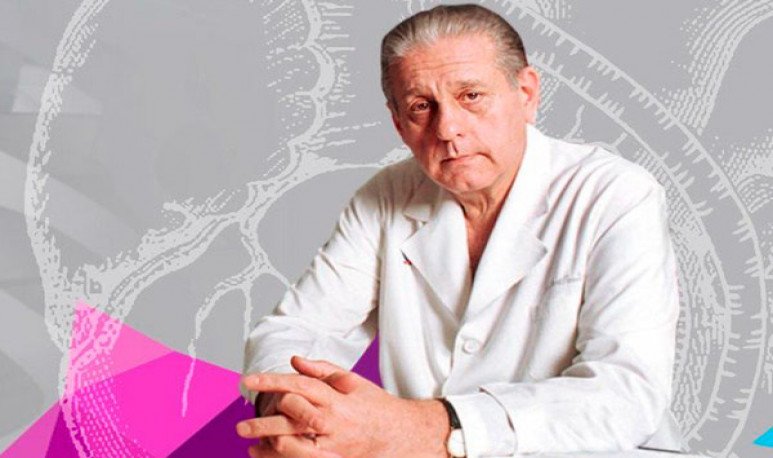 In 1950 up a young doctor platense to the wild and helpless Jacinto Aráuz, La Pampa. Born into a humble family of a cabinetmaker and a dressmaker, in a decade he revolutionized the area by inaugurating a clinic in his own home with the help of countrymen, mostly Creoles children of Russian-Germans and Jews.”   Man, living in community and with effort and dedication, can develop and contribute to the aggrandizement of our homeland”, synthesized René Favaloro's experience as a rural doctor.   Those vicissitudes were crucial in increasing the humanitarian interest of the Argentine doctor who saved millions of lives with his invention,   bypass   , the only Latin American to rank among the four hundred transcedental for Humanity according to   google   . In 1992   The New York Times   he considered him a “world hero who changed part of modern medicine and revolutionized cardiac medicine” Favaloro preferred other recognitions, the warm smile of a relative after the more than 13 thousand operations of   bypass   Successful coronary with their own hands, or the pigs and chickens that brought you to the office in the middle of the pampas.   Favaloro could be the doctor of the millionaires and, from his heart, he chose to always be that rural doctor, “giver” of the humble.

The seed was planted by Doña Cesarea in René, a Buenos Aires born on July 12, 1923 “From my maternal grandmother I inherited a great love for the earth... From my young age I accompanied her in the evenings to work in the fifth family. Dona Cesarean was undoubtedly one of the great women I've been lucky enough to meet, perhaps the best. He took care of everything that corresponded to the work of the house in those times and he did everything with love. Without proposing it, it was the true center of the family” René inherited from her love of the land and the family, and a profound ethic. Being a brilliant young graduate with honors from the Faculty of Medical Sciences of La Plata and with a promising career at the Hospital Policlinico, in the care and teaching field, fate reached him a crossroads. In order to carry out his office, he had to affirm partisan loyalty”   We couldn't understand how gift, demagogy and accommodation turned into a lifestyle How hurt those public events — of peronism — where students received bicycles, scooters and even cars as payment for their obsequence... I replied to think about it. was - to the employee who requested the submission - but it was undoubtedly clear in my mind”,   would write in “Recuerdos de un medic rural”, an autobiography carried out in 1980 to finance his health ventures. A call from a guy in Jacinto Aráuz would twist his course for more than a decade and transform him to Favaloro into a Pampa institution and legend. In the company of his wife Maria Antonia and his brother Juan José attended births, peritonitis, child dehydration, bites, trauma, taught about breastfeeding and many more, to the poor peasants. And he looked at Favaloro images like these of deep Argentina, “I was surprised by the tempera of that young man who promised his dying mother to take care of his brothers and the farm:   “Don't be afflicted, Mom, I'll take care of everything. We will continue to work as always, united and fulfilling your teachings... -said the doctor - I was grateful to God and destiny for having allowed me to live there in union with the pamppero” Favaloro never lost faith in that country - another issue was its leaders

The Round Trip of Favaloro

“I live rooted with my country, but perhaps because of my devotion to San Martin, Bolivar, Sucre and Artigas sometimes I suffer more as a Latin American than as an Argentine, despite being machimbrado with my land,” said Favaloro who decided to continue his formation in the United States in 1960 amazed at the first cardiovascular interventions and advances in thoracic surgery. One of his mentors, Professor Mainetti, advises him that the right place was   Cleveland Clinic   in Ohio, United States. He takes a rudimentary English course and embarks on a “three month” training trip that lasted ten years. There he accesses the best professionals, and the best libraries, in principle investigating valve and congenital disease. But his search for knowledge led him through other ways. Every day, as soon as he finished his work in the surgery room, Favaloro spent hours and hours reviewing coronary angiography and studying the anatomy of the coronary arteries and their relationship with the heart muscle.   And the skills learned in the artisanal carpentry of his father in 1967 yielded unexpected fruits in the invention of the bypass or myocardial revascularization surgery   , “only a carpenter's son could come up with this genius,” said his American colleagues. In addition Favaloro designed its own surgical instruments, an integral part of contemporary cardiological medical technology: cardiac retractors, scissors for circumflex arteries, partial clamps, separators for breast dissecting, devices for the beds of the patients and many others.   Like another great compatriot, Luis Agote, refused to patent his inventions because he firmly believed that the purpose of medicine was not to make money but to save lives.

Gold and Moor offered in the early seventies in the United States to the doctor who forever transformed cardiac operations, only in that country 800 thousand are performed per year with the technique that Favaloro invented. However his flame of American and Creole was inescapable, “Once again fate has put on my shoulders a difficult task.   I'm going to dedicate the last third of my life to raising a Department of Thoracic and Cardiovascular Surgery in Buenos Aires   . At this particular time, circumstances indicate that I am the only one with the possibility of doing so. This Department will be dedicated, in addition to medical care, postgraduate education with residents and fellows, postgraduate courses in Buenos Aires and the most important cities of the country, and clinical research. As you can see, we will follow the principles of   Cleveland Clinic   “, stamped in his resignation relegating flattery and wealth.

With the help of the team of Dr. Luis de la Fuente, the international pioneer of stent angioplasty,   Favaloro in 1975 created the Favaloro Foundation in Buenos Aires, the Basic Research Laboratory embryo, the Institute of Cardiology and Cardiovascular Surgery and the University,   who develop simultaneously with medical care an invaluable educational mission of Latin American cardiac specialists”   I would like to be remembered as a teacher rather than as a surgeon”   assured to an ever-large audience that Favaloro was concerned with broadening with public talks, television spaces and various publications, including on Argentine history.

With the return to democracy, President Alfonsín summons Favaloro to join the CONADEP, the National Commission on the Disappearance of Persons, which would investigate the crimes of State Terrorism. In a controversial decision he declines the offer. Some argue by disagreements that they only investigate the crimes of the military, others that Favaloro had relations with doctors who had worked at the Military Hospital during the last dictatorship. 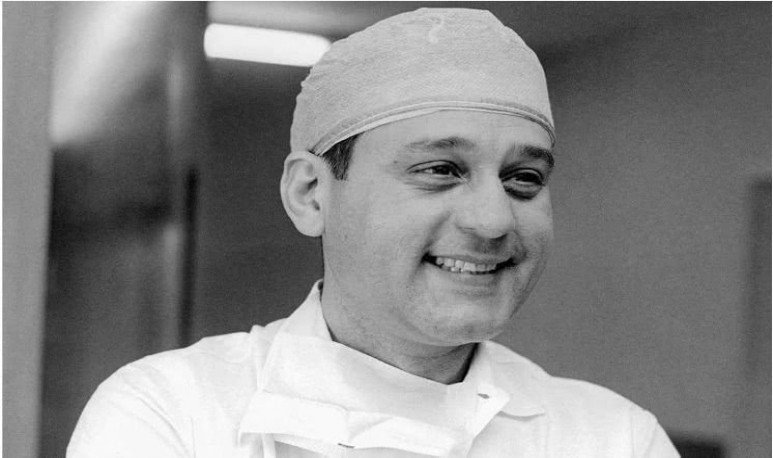 “Saint Martin would cover the country several generations of constituents! ”

Until the end of his days he kept an old Renault. René dreamed of a convertible. Then Juan Manuel Fangio parked at the door of the foundation of Avenida Belgrano a Mercedes 300 gray color, with sunroof. Fivefold Formula One World Champion wanted to thank him for saving his life. “   Tell him to take him away. Dr. Favaloro says he's not going to ride in a Mercedes as long as there is no baby for every boy in Argentina   “, he replied to a colleague.   “Take it away” was the doctor's order that had another more urgent agenda in a country with more than half of its children in poverty.

“The surgeon lives with death, is his inseparable companion, with her I go hand in hand” appeared in one of the seven letters Favaloro addressed to clores and to the president of la Rúa. The justification for the tragic decision of 29 July 2000 was due to the dire economic and financial situation of the Foundation, which had from large debtors to social and prepaid works, although during the Menem government several times assistance was given to the health and educational project of Favaloro.

”   In another country to Favaloro this wouldn't have happened to him.   . The last time I spoke to him, he had already told me that the Foundation was suffering a serious funding problem: it had had very significant subsidies at the time of the government of (Carlos) Menem, of approximately 20 million dollars a year, and in the last two years he had stopped perceiving them,” wrote the current Minister of Health, Gines González García, “The problem of these institutions with public objectives, in Argentina, is that in the State there is no political decision to support them. It is different in the United States, where there is a strong tax scheme to finance them, or in Europe, where there are strong state subsidies. So, here, these institutions have to seek to finance themselves privately, selling their services to a system that is underfunded,” said the sanitarist is in charge of reversing this situation.   Favaloro, like Leandro N. Alem also in July but 1896, was shot to attract public attention to “corruption” and “a few who enjoy up to the crowd, while the majority live in misery and unemployment”     “Saint Martin would cover the country several generations of constituents! ” was one of Dr. Favaloro's bedside phrases.

“I understand what we need to worry most is to reawaken essential values in children and adolescents, without which their technical or professional training is little important. There is no doubt that the only way possible is through a solid humanistic formation. Once again, let us understand ourselves well, as Fr Pedro Henríquez Ureña clearly stated:   militant humanism with deep social content in defense of freedom and justice.   Education will be permanently focused on the search for “free man open to the four winds of spirit”, understanding that the enjoyment of individual freedom entails a social commitment in pursuit of an ideal, a utopia, “the ideal of justice” in search of the “magna homeland”, “the land of promise for mankind tired of seeking it...” he wrote in “Don Pedro and Education “, his latest book. Educated in the humanist and reformist training of the Argentine public university, professionally carved on the roads of the homeland, genius of world medicine with the hands of carpenter, and an Argentinean who beat and beat “we are all teachers of others. Let us then try to teach by example”,   Favaloro is the reality that another country is possible.