An international media distinguished an investigation carried out by the Avellaneda hospital in Tucumán. 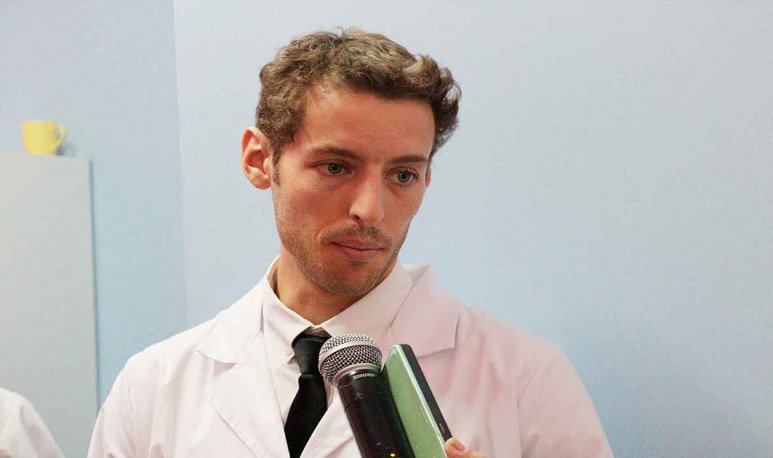 The neuro orthopedist surgeon Ramiro Olleac  is part of the staff of doctors at the Avellaneda hospital in Tucumán. In addition, he is a consultant in neuro orthopedics at the British Hospital of Buenos Aires. In conjunction with the Shriners   Children's Hospital in Northern California, he wrote a publication on alternative gait analysis that allows the  study  of children who can not walk normally due to neurological disorders. In recent hours, the journal of the Society of Children's Orthopedics of North America, Journal of POSNA, published the research.

It should be remembered that Olleac, in 2018, specialized in the United States and started a  research  process that had to do with a new alternative form of gait analysis suitable for low-income patients.

What is the process?

The process is to detect and record human movements for further evaluation of this information. Once the data is collected, they are analyzed and, finally, if necessary, the planning of a treatment is carried out. An important fact to note is that patients at Avellaneda hospital will be able to have access to this analysis.

In this regard, Olleac explained that gait analysis has existed for more than 40 years and provides help to  children  with neurological problems, but, it was possible to know that this study is very expensive and more if treated in developing countries which makes it more difficult to access, that is why, the doctor who performs his work at the Avellaneda hospital in Tucumán, next to the Shriners hospital designed a more efficient way of gait analysis. oacute; mico to make this study more accessible to low-income children.

Likewise, the doctor explained to the local press that it is very specific how people walk and when there is a neurological problem they begin to mix some things that are compensations of each patient with the basic problem, that is why, according to the doctor, medical studies must be carried out more Aacute; s deep so that there is no confusion to carry out some treatment so that better results can be obtained. Olleac also stated that the surgeries they have performed have greatly improved when this diagnostic tool was applied.

Award for the best scientific study in 2019

In this context, let us remember that last year the Avellaneda hospital was awarded for an investigation. On this occasion it was during the Congress of Children's Orthopedics that took place in Buenos Aires, and a group specialized in this field of  medicine  presented three projects and one of them was awarded as the best scientific study.

The Tucumano team presented as the first project a poster that had as its axis the experience in pre-surgical planning with three-dimensional models. The second project was a work carried out in conjunction with the Orthopedics service of the North Sanatorium, and the third and winner of the award for best scientific work, it was an anatomical research of the brachial plexus, a very important nerve structure since it is the trigger of many pathologies around the birth.

At that time,  Olleac  had commented on the process of elaboration of the winning project, where he together with his team had anatomically studied anatomical variants in fetuses to make an association with semiology and thus continue with minor surgeries. Regarding this award he said it was a great incentive to be able to continue on the path of research.

In this way, the social portfolio of Tucumán once again feels proud of the advances of its professionals, especially the Avellaneda hospital where  Ramiro Olleac  currently performs his work.