In Malargüe, the observatory extends on an area the size of eleven times the Federal Capital. 500 researchers from 90 institutions in 16 countries. 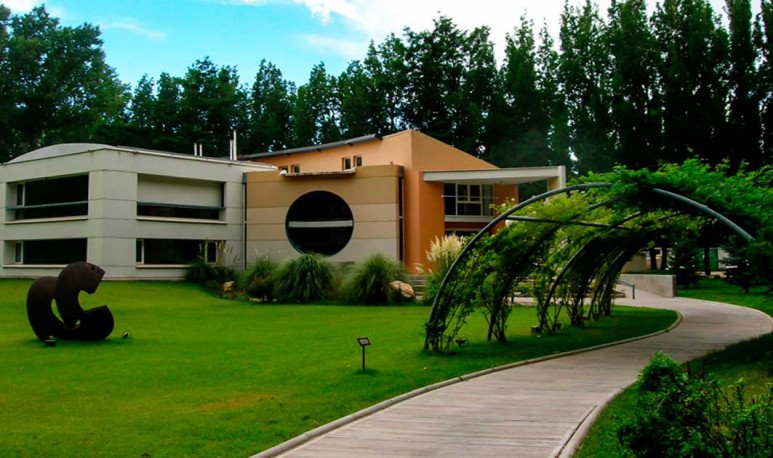 First, it was an ambitious idea in the mind of James Cronin, the Nobel Prize in Physics in 1980. Then, sketch drawn on a paper. Later, computational calculations to see if it was viable. In 1995, a meeting at UNESCO headquarters with representatives from three countries candidates to host the project: Australia, South Africa, Argentina. Twenty years later, it's this - the cosmic ray observatory.

A particular observatory,   not with a telescope but with its detectors   scattered over the area of 3,000 square kilometers of field in Malargue — eleven times the Federal Capital — 1400 meters high,   at the foot of the Andes mountain range   , in Mendoza province. 1660 detectors surface installed fifteen blocks away from each other. Five buildings that house twenty-seven fluorescence detectors. Information from those detectors that scan the sky and convert into data emitted to the computers of the scientists that make up the observatory.

Hot wind blows in Malargüe: in the area they know it as “zonda wind”. Route 40 is like Moses: divide the city into two. The observatory building is not seen from the route: it is on the side, but it is covered by a fence of trees. A winding road surrounded by flags from the sixteen countries that are members of the international collaboration leads to the door of the building, stationed in the middle of a neat park. It is an austere construction, has two floors and is painted pink. On its top floor a huge window faces the park; on that second floor, is the heart of the observatory.

It's like a game of Russian dolls: a fourth glazed inside another glazed picture facing the outside. The place is   Central Data Acquisition System (CDAS), the cluster that processes data coming from the sky   through the detectors in the field. Never rest: it remains active operating day and night since 2005. It is filled with CPUs stacked on top of each other from floor to ceiling. The green and yellow lights of each of these CPUs beat rhythmic in an infinite   loop   : they are the beats of this artificial heart. 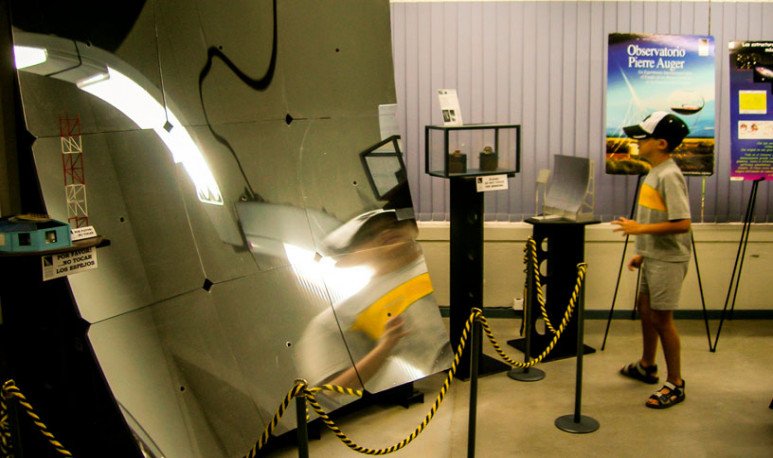 “Here,” says Mariano Del Rio, raising our voice: inside the room the noise is that of a computer fan but multiplied by a cent—we receive the data from the 1660 cosmic ray detectors we have in the field and issued them to the computers of scientists scattered by the world working in this observatory”.

It's cold in the room. In addition to CPUs, there is an air conditioner stationed at one end that is always nailed to ten degrees. Outside, hot wind blows.

In front of the observatory, across the route, is the convention center where the annual meeting of   Pierre Auger   is now held. Scientists from all over the world — mostly physicians, some astronomers and engineers — look at a projector and debate en español. On the screen you can see the drawing of a kind of flying plate with coupled: it's a new detector they are developing. One of the scientists points a red laser pointer to a screw and everyone discusses, for an hour, about the need to reinforce such a screw. The goal of this new detector is always: to improve measurement instruments in the field. With the usual north: to be able to observe and study more accurately cosmic rays.