Eduardo knew about history and knew how to tell stories. He made it simple, lowered it to reality, to the present, to our adolescence. 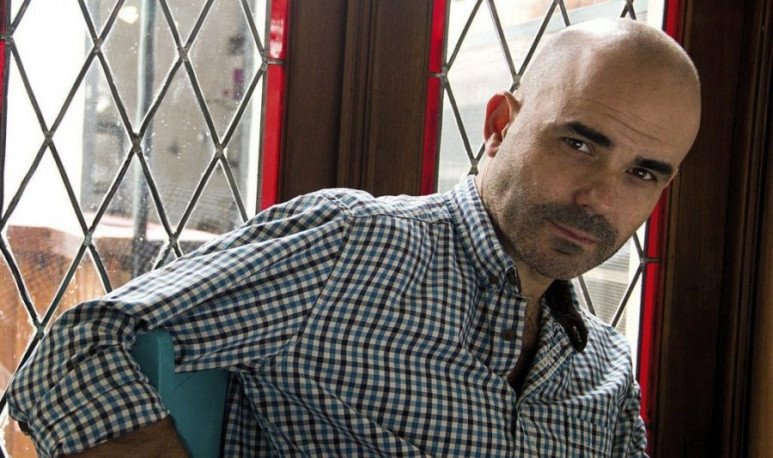 In  high school  I had a  history teacher  who makes you want to listen for hours, despite your 15 years, 7 in the morning and the horrible cold of winter. He was a young teacher, but it looked like he was back. I knew what he was doing, he knew what he was teaching, and there was something even more important: I knew how to tell it.

Eduardo  knew about history and knew how  to tell stories  . He made it simple, lowered it to reality, to the present, to our adolescence. I took it out of the manuals and turned it into life, something palpable. It was one of those teachers who leave a mark forever, or at least so it was for me.

That must have been why, a few years later, I wasn't surprised to hear I was  writing . I was not surprised that his   football tales  caused a sensation and neither did a film based on one of his novels win nothing more and nothing less than an  Oscar  .

Because the people who break it, break it into everything they do.  Eduardo Sacheri  broke her as a teacher in Santo Domingo and breaks her as a writer, because he never did things like the rest.  Sacheri  is successful because there is no other destination for talented people.

From history teacher to story creator.

Eduardo Sacheri received a  Bachelor of History  from the National  University  of Luján. When he scored in the race he didn't have on his radar the idea of being a teacher in a teenage course. He imagined himself at the university level as a professor or researcher at  Conicet . But the academic field disappointed him very quickly  “a very narrow community of historians let me down very quickly, I felt like in a small and very boring cult,”  he confessed in an interview.

“ Life took me elsewhere and I had to teach at high school, thinking I wasn't going to like it and it turned out I liked it very much. It was a surprise for me.”  He didn't have the best memories of his  high school . During his adolescence he respected and loved very few teachers, few subjects were interested in him and feared that his students would have the same thing. But history doesn't have to be repeated. And that was very clear to him when he started teaching.  “ I think if you have a strong memory of your high school you also know what you would want to avoid as a teacher,”  she says.

His love of history, and for stories, began in his childhood. He lost his father when he was only 10 years old and, as his mother worked all day, he spent a lot of time with his grandmother. She always told her stories:  “She wasn't so much of the stories invented to tell, but she was a very good narrator of our family past.  ”

To that he attributed his desire to study History because he always liked to question stories, both fictitious literature and people's memory: private or family and collective.  Consider that history is built as a story.   It's a science, but first it's a narrative. A narrative that seeks to understand the facts that occurred. You can draw a parallelism with fiction writing, with the difference that, in this case, it is a more personal journey. Write to understand and tolerate life itself.

“ When we question ourselves as historians we do it about a society or a culture, when I write fiction I'm always wondering about my issues, which maybe I'm not entirely clear at the moment .”