The Digital Mobile Classrooms (ADM) began to arrive at all high schools in the province of Mendoza. There are kits for all levels. 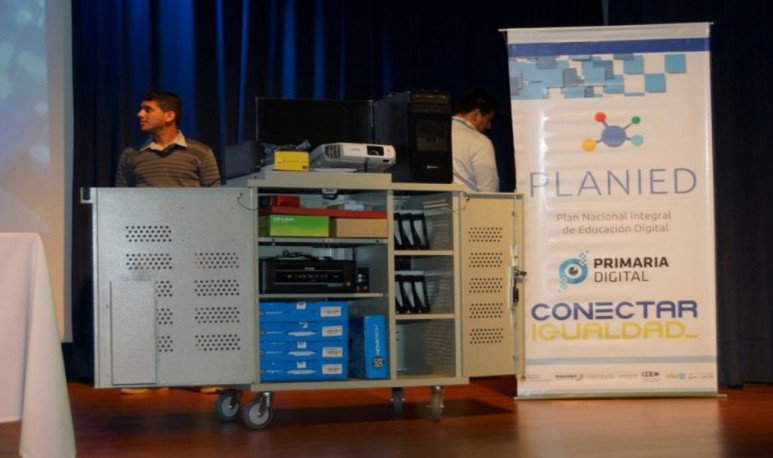 This is the first stage of delivery of kits, which will  continue until complete all schools throughout the provincial territory.

A kit will be delivered per state educational establishment at secondary level, oriented and technical schools.  Depending on the enrolment reported in GEM, schools will receive Kit A, B or C and two Mobile Digital Classrooms in those with the highest number of students.

KIT A is one that is delivered to schools with less than 50 students  and is composed of 10 Netbooks, 1 Raspberry Kit, 1 Sens Hat, 1 Robotics Kit and 1 Storage Cart.

KIT B is for schools with enrolment greater than 50 and equal to or less than 100 students . It consists of 20 Netbooks, 1 Raspberry Kit, 1 Sens Hat, 1 Robotics Kit and 1 Storage Trolley.

While the KIT C is received schools whose enrolment exceeds 100 students  and is composed of 30 Netbooks, 1 Raspberry Kit, 1 Sens Hat, 1 Robotics Kit and 1 Storage Cart.

It should be clarified that the  Raspberry Kits  will arrive at schools in a supplementary delivery after the ADM delivery.

In addition, it is important to mention that Kit Raspberry + power bank + sens hat are not delivered in schools that were part of the  “Schools of the Future” Program that were impacted by implementation axis 8 (Kit F and G) or in schools that already have received the ADM Learn Connected (received programming kit).

Robotics kits are not delivered to schools of the future that were part of the “Schools of the Future” Program that were impacted by implementation axis  9 (kit H), 10 a (Kit I) and 10 b (Kit J) or schools that already received ADM Learn Connected (received robotics kit).

This is the goal of providing state-of-the-art  technology  to all schools.