Home Argentine Knowledge Medical cannabis: the UNLPam will give an informative talk

In an open and virtual meeting, two experts will be reporting on the medicinal and pharmaceutical use of cannabis. 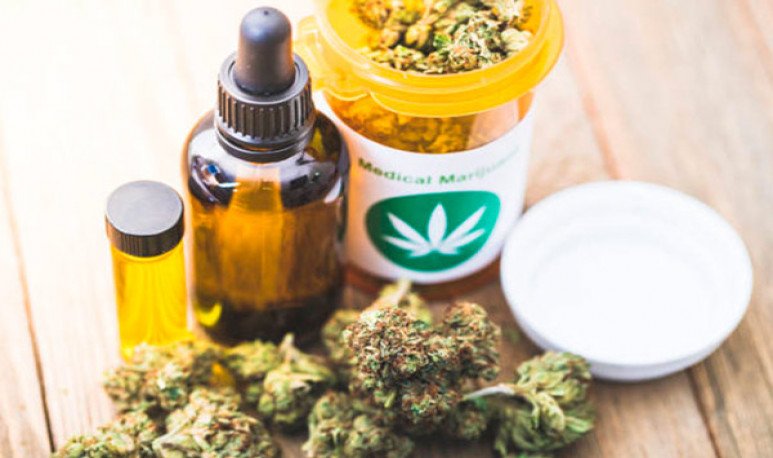 The Extracurricular Free Chair”   Interdisciplinary Approach to Cannabis   “created by the Superior Council of the National University of La Pampa (UNLPam), confirmed that next Tuesday 16 March at 19:00 hours will be held   first activity aimed at health personnel, students and teachers of the Bachelor of Nursing at the Faculty of Exact and Natural Sciences and the general public.

Thus, the   UNLPAM   is added to the   extensive list of Argentine universities working interdisciplinarily   to promote and address the various   uses of cannabis   . The proposal will be addressed by the coordinators of the Chair   “Medicinal use of cannabis”   belonging to the Department of Health Sciences   National University of the South   . The Renamed   Alexander Bucciareli   , pharmacist, researcher and phytotherapist and co-founder of the Cannabis Professionals Network (   REPROCANN   ), will be in charge of the meeting on virtual platform, specifically on the axis   “Pharmaceutical aspects of Medical Cannabis   “. While the other topic”   Application of Cannabis in medical practice”   will be in charge of   Nicolas A. Di Biase,   specialist in medical clinic and endocannabinology and cannabic therapy from the Faculty of Medical Sciences at the Universidad Nacional de la Plata and also co-founder of REPROCANN

The plant   cannabis was used for thousands of years in different cultures   around the world for   various purposes, including medicine   . The plant has different   active ingredients,   called Cannabinoids. These   Cannabinoids   , in a number of more than 60, have different functions, some discovered, and mostly without yet being clear what purpose is. Cannabinoids, being inside the plant are called Phytocannabinoids.

The   human body possesses   on the surface of many types of cells in our body,   specific sites where these active ingredients are coupled   of the plant, phytocannabinoids. The most common, and of which more information is available are the   THC, CBD, CBG, CBN   among more than 100 discovered to this day. The receptors of these cannabinoids are called CB1 and CB2, being distributed throughout the body. The human body too   produces molecules similar to those of the cannabis plant, called endocannabinoids   (endo=inside).

Cannabinoids have   medicinal properties,   and this allows some ailments and pathologies to be treated with cannabis, such as cancer, epilepsy, glaucoma, multiple sclerosis, fibromyalgia, chronic pain, among others that are under investigation.

The Resolution governs in the province of la Pampa   1830/18,   dictated in 2018 by the province's Minister of Health, Mario Kohan, in which it is determined: “The provincial vademecum 2018 is incorporated as   authorised medicine   in provincial care establishments,   cannabis oil   authorized by the National Administration of Medicines, Food and Medical Technology (   ANMAT   ), according to the protocol established in that body, under the justified therapeutic indication of the professional team involved, in the   specific treatment of refractory epilepsy,   according to existing scientific assessment criteria”.

Although the Resolution was issued in 2018 and   is brief in terms of the conditions he treats,   just last year, work began to spread the use of cannabis oil for treatment of people with epilepsy. For the defenders of this plant,   is a small step on the long road to legalization.