An app that aims to become the largest audio library in the world. Linguoo, a new Wikipedia, created by a Cordovan. 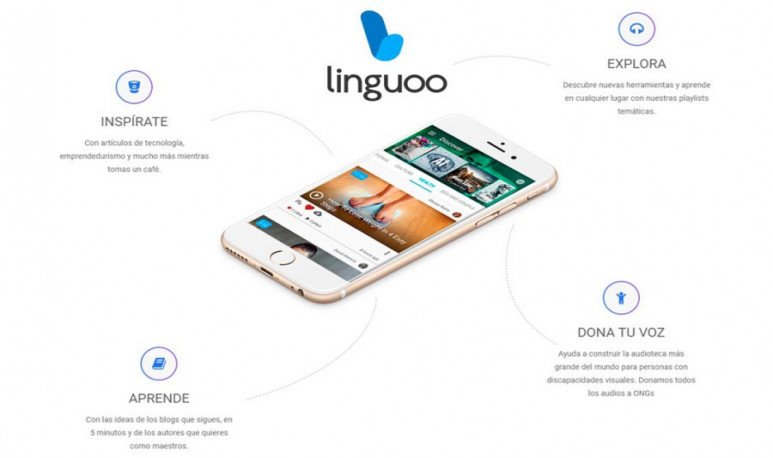 “We want to become the largest audio library in the world, like Wikipedia. Be a platform that is built  all over the world .” Emanuel Vilte (35) explains what is the goal the  Linguoo team intends to reach. It is a  multi-award-winning and growing Córdoba startup  . It is an  app  that allows you to listen, through narrations, the contents of web pages. A kind of Google made of audios. Articles, books or posts from the most popular blogs on the web are there. The system functions as an MP3  content library  , which can be customized depending on the user's tastes. Anyone can provide audio content and suggest others. It's a collective construction platform. “We want the platform not to be superficial information,” says Vilte.

The project came about four years ago. Emanuel and Ricardo León, systems engineer, began to think about an application for  people with  visual impairment  .

A bet on the use of artificial intelligence

“My mom was losing her vision. She was a journalist, lawyer and novelist. He had a maculopathy and stopped reading. That got her down, she lost her job, and we started looking for ways for her to listen to poetry blogs, politics. And they all used  robotic voices, without emotion ,” says Vilte.

Thus was the idea that an  army of volunteer storytellers  would set up a huge audio library. First she focused on providing a service to people with poor vision or blind. To this end, they contacted Cordovan NGOs working with visual impairment. But then it expanded into those people who like to read and be informed, but do not have time to do so.

The  Cordovan innovation  aimed to offer content on a  single platform  with real people reading. That is, it seeks to replace the synthesized and robotic voices of reading software with the warmth of human narrative. “We think about mobile platforms in a global community. With storytellers all over the world so that each person from home could narrate an article and build a kind of Wikipedia of audios,” he says.

Recognition of the platform came through the Google-Knight scholarship, which allowed them to grow. He later received the MIT (Massachusetts Institute of Technology) award for entrepreneurs under 35; the Unesco WSIS Prize and the IntalentLatam Award from the Inter-American Development Bank.

Linguoo's team was then invited by companies around the world and governments, such as Denmark, to build alliances to advance proposals of mutual interest.

“It was growing, today we are in 117 countries, with more than 55,000 users and a community of about 250 storytellers from 45 countries. We have a team of our own. We have 'curators' (editors) in every place, who are taking care of the articles, sending it to the storytellers and ensuring that there is quality in the audios,” he says.

Linguoo aims to have the community of storytellers donate their time to build a  global platform . It is an  inclusive and social app . The platform can be used from computers or smartphones.

The idea is to turn it into a platform that offers audio content on demand. Linguoo learns from the user and uses these smart algorithms to better understand their tastes and behaviors. In the same way as Netflix or Spotify does, it is intended to provide  information in a personalized way .

In addition, data processing allows you to understand how you are in Denmark, Argentina or anywhere in the world.

The platform is free to access, but has a Premium model. Free format has limitations: it is possible to listen to six articles per day, audio can not be downloaded and advertisements are heard.

People with visual impairment, dyslexia or apraxia have free access

Today Linguoo has about 18,500 articles and dozens of books. And every day they climb around 40 more, in different parts of the world. Anyone can collaborate. Anyone who wishes to do so should only send an e-mail to info@linguoo.com, and express their interest in volunteering the platform.