This is an incredible place that broke the history of the province in two, as there were important archaeological ruins. 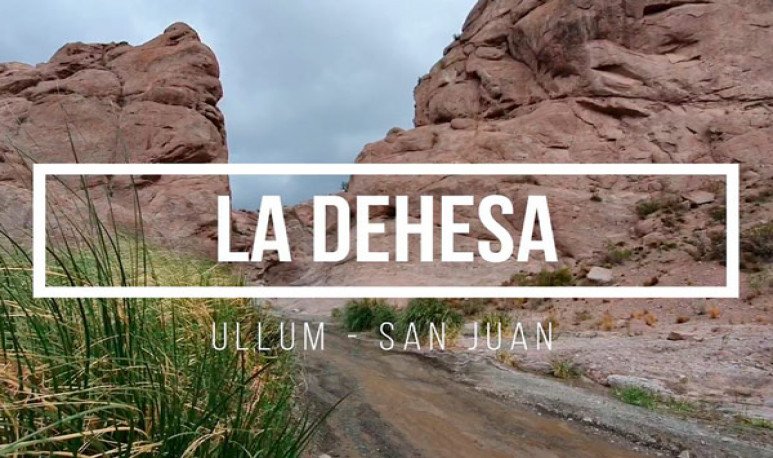 La Dehesa in  San Juan  is an area full of culture and heritage . To get to a splendid place, you have to do just about 50 kilometers from the city of San Juan. There you can enjoy stunning landscapes that are full of history. Geological formations are combined with human hands that built from dirt roads to a  tambo belonging to the Inca empire,  which was   discovered in 1960 by four  adventurous sanjuaninos.

Mountains, waterfalls and traces of the past intermingle in the attractive  corner of the ullanero.   The area is entered through 4x4 vans, although there are motorcyclists who are encouraged to the crossing. These landscapes, although they seem desert, are frequently visited by geologists and students of this career to carry out different practices. But this is no accident the discovery of the Inca site was recorded in history books around the world.

One of the favorite activities that can be done are mountain walks to explore the area of the San Juan River, Dique Ullúm until you reach the mountains, where you can see flora and fauna characteristic of the region. One of the most impressive experiences of this tour is undoubtedly the constraste that presents a desert nature that is intermingled with animals that prowl the area such as eagles, bobobos birds, chinchillas, among others.

In the footsteps of the Inca empire...

Researchers found the tambo de La Dehesa, a type of construction that made up what is known as  the Inca Trail . The origin of the word comes from Quechua tampu and these buildings were built every 20 or 30 kilometers, understanding that this was the maximum distance that could be traveled during a day serving as hostels for messages, officials or people of high ranks.

The discovery was made by a team of archaeologists from the province on an expedition to the desert regions of San Juan in the department Ullum. It was the year 1969 and the influence of the Inca empire in San Juan had not yet been demonstrated. In addition, it should be borne in mind that, at those times, there were no satellite maps or any other type of technology that could facilitate the search.

It is unknown how they obtained the data, but the truth is that they found the Inca tambo nestled on the top of a hill. But why was the finding so important? Because it  represented an archaeological surprise to what was believed about the presence of Inca culture in San Juan.  Because during those times it was thought that the Incas had a stay in these areas with the sole reason of moving to the region of central Chile. But archaeological discoveries marked a before and after because they changed this idea to effective domination of the empire over these territories.

In  San Juan  archaeological footprints have been an important bet on domestic tourism, since in northwestern Argentina offers a large part of sacred places,  ideal for people to connect in an ecological, historical and cultural environment ideal to live an unforgettable experience.