Victor Demaría Pesce, an Argentine scientist specializing in space medicine, said today that “it is not impossible to think” about a connational “coming into space. 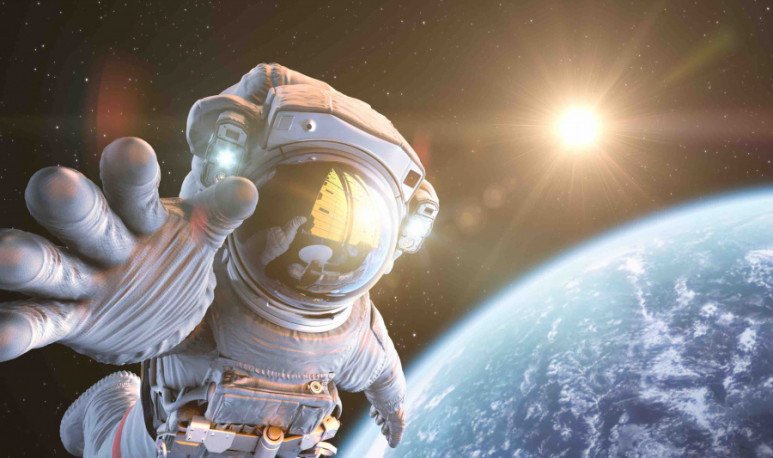 Victor Demaría Pesce, an Argentine scientist  specializing in space medicine, said today that “it is not impossible to think” that a connational “reaches space,” although he said that the cost to send an astronaut “is 75 million euros.”

The specialist, working in the field of the European Aerospace Agency (ESA), highlighted the importance of the signing of the letter commitment signed between the European agency and the Galileo Galilei Planetarium in the City of Buenos Aires to train teachers in science and science related topics aerospace.
“ It is not impossible to think about an Argentine coming into space, that depends on the amount of money to be paid,” he said.

Demaría Pesce said that “you have to know how to use money intelligently, pay 75 million to send an astronaut into space to take pictures or to say that an Argentine arrived in space... I think that money can be used for something else much more important like developing technology,” he said.

“ Human space flight is not necessarily taking an astronaut into space. It must be known that the space sector is a sector that contributes a lot to the economy and that every euro invested in the aerospace industry returns to society 18 euros. That is, 18 times more than invested,” said Demaría Pesce.
He added: “Everything related to space generates jobs, creation and technological innovation and an important source of new knowledge.”
This 68-year-old Marplatense scientist began studying medicine in the city of La Plata and specialized in Neurology. In 1978 he obtained a scholarship to study space medicine in France, which was initially for two years but continued until today, where he already intervened in 18 space missions.
For his role as a researcher, he was awarded as a Knight of the Legion of Honor in France.

Demaría Pesce expressed her happiness to know the great potential of Argentine professionals and did not rule out having, in the not too distant future, a compatriot as part of an aerospace mission.
“ Argentina has a huge potential of professionals ; students arriving in the United States or Europe have a good training,” he said.
Currently, the space medicine specialist is working on a project involving Argentina, but apologized for not being able to count more accurate data.
“ I'm working on a project to make Argentina an important role in human flights, but I can't reveal any more at the moment,” he said.
Finally, he told the most important qualities and studies that a person must have to become an astronaut and aspire to travel to space.

“ An astronaut must have a master's or doctorate level with scientific basis and an advanced intellectual and psychological level. Once selected exams and studies are carried out for five years to send it to the space with the best possible preparation,” he said.
Demaría Pesce is in the country as one of the representatives of ESA, which today held a Space Day with the National Commission for Space Activities of Argentina (Conae) with the presence of 500 primary and secondary school students from the City of Buenos Aires in the Buenos Aires Planetarium Porteño Galileo Galilei.
Fabio Favata, ESA Head of Coordination and Planning, were present at the talks; Veronica Espino, operational manager of the Planetarium and members of the Conae.