Home Argentine Knowledge How does it feel to have a traffic accident?

To take real dimension of what a traffic accident is, a group of Mendoza created a simulator. A disturbing experience. 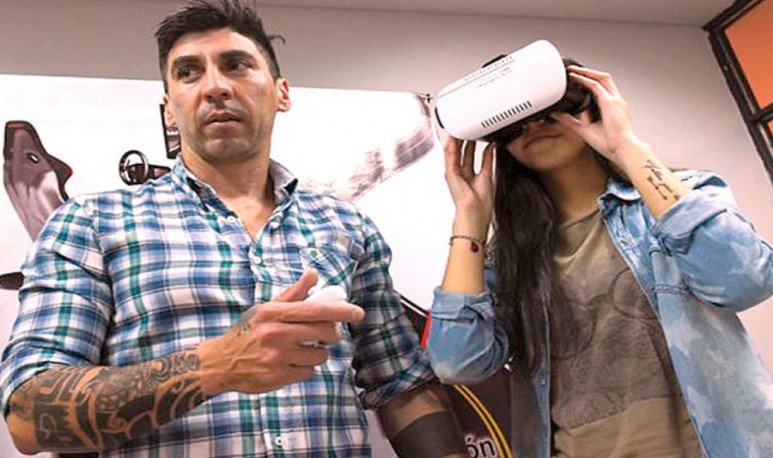 Pablo and Martina Triviño are father and daughter. They work, for years, with different   projects to generate road awareness.   To deter motorists from driving in a drunk state. At some point they promoted virtual reality glasses that distorted vision, emulating what it feels like when you are drunk. But   the last   invention   is a simulator of the impact that occurs in traffic accidents.

With a skeleton, pulley system, armchair and other devices, the person who climbs the simulator will travel a handful of meters until he brakes dry,   as if the alleged vehicle will hit another, suddenly.

“It is to raise public awareness about the role of the driver and their occupants within the vehicle's passenger compartment,” says Ricardo Garrido, instructor. “It's just that,   usually only the driver is the one who goes with caution. But those who go in back seats and the companion must also be aware.”

The artifact is designed for all ages. “For minors it is very useful, so they know the impact”, thinking about the moment when those who are now younger have the possibility to drive. ”   It is important to know what can be suffered in case of an accident   ”.

On the other hand, Martina Triviño explained that “it is an impact simulator. It is an innovation we have in the company.   Simulates the shock of a person in a road accident and the importance of the seat belt. All occupants must be placed   ”.

The simulator is itinerant. Its creators present it at different events:”   We work in private and state institutions. In public events, too, which is where it attracts the most and where people become more aware   ”.

To learn more about this simulator and its creators, you can go to its Facebook.

An app so you don't get scammened