Home Argentine Knowledge H2O, a meeting will reflect on the dissolution of the boundaries between art and science 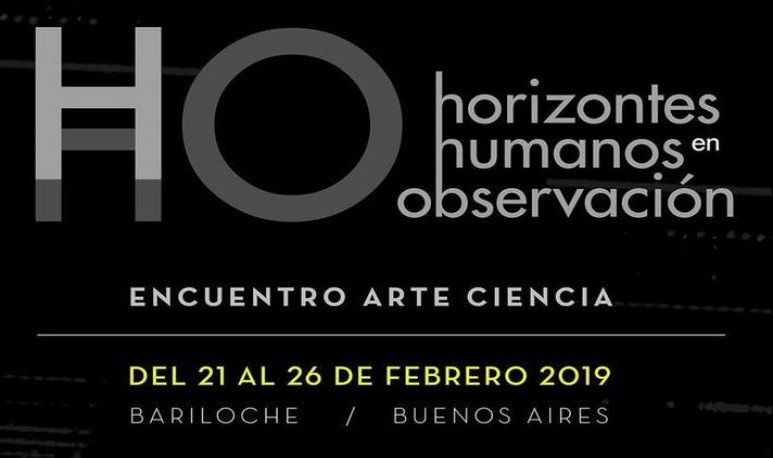 The first art and science meeting “H2O-Horizons Humans in Observation” will be held in Argentina from 21 to 26 February, with the presence of 50 Latin American and British thinkers, artists and cultural managers who will discuss the possibility of generating works and projects where the projects are erasediacute; you dig between the artistic and the scientific.

The action will be concentrated in Bariloche, the city with the most scientists in the country, until February 25, and on Monday 26 it will move to Buenos Aires with free activities, open to the public but with prior registration, at the National University of San Martín (Unsam) and the Center Cultural San Martin.

This unprecedented initiative, which brings together artists such as Carlos Trilnik and Pablo La Padula, as well as academics such as Jorge Viñuales, from the University of Cambridge, to scientists such as the multi-award winning Rosarina Karen Hallberg - was organized by the Ministry of Culture of the Nation, the British Council, invap foundation, responsible for radars made in the country, the Unsam and Saint Martin.

“The idea is, on the one hand, to define what this field we call 'arteciencia' is about: they are not artists doing science or scientists doing art; and, on the other, to review the current situation, define where we want to go and generate collaborative spaces between the public and the private “, told Télam Valeria Zamparolo, Art Manager at the British Council.

The meeting “emerges as a place of construction around a new epistemological field, to see if you can work from the beginning on works where there are no boundaries between the artistic and the scientific,” adds Diego Pimentel, general director of Cultural San Martín.

An example of this may be the Tucumano Tomás Saraceno, one of the Argentine artists who resonate most outside the country, who studied architecture at the University of Buenos Aires (UBA) and arts at the Ernesto de la Cárcova School, and for whom biology, physics and art do not differ in his work.

Not long ago, Saraceno left spiders weaving his fabrics at the Museo de Arte Moderno de Buenos Aires (Mamba) as part of a research that seeks to reflect the infinitely complex network of individuals, species and elements that make up the universe.
Before, he had created a balloon-shaped sculpture capable of flying without burning a drop of fossil fuel, which earned him a step through Nasa, and cloud-shaped courtyards that, suspended 22 meters from the ground, people were able to tour in the Dusseldorf Museum in Germany.

In fact, one of the H2O discussion tables in Bariloche is linked to childhood and will be held in La Llave, a municipal cultural center that works with marginal population on the approach to art and science.
There will be discussion of how art and science impact society, with representatives of the Mapuche community and scientists from Conicet and the Balseiro Institute.

“The stage of 'arteciencia' today has ceased to be emerging to become constitutive of a form of thought that tries to relicate fields separated by Cartesian thought -that one thing was philosophy, history and art and another science, based on reason -, that's why too...There will be a table focused on education,” explains Pimentel.

In his view, this shift in the logic of modernity, which requires compartmentalization and separation, “can also be applied to the idea of the public and the private, in order to learn from each other, without privatizing and without statizing.”

Máximo Jacoby, from the National Secretariat of Culture, adds that “there are many channels of dialogue to rethink the future of creative industries, analyzing processes and using tools from the scientific and artistic field.”

“From public management we are responsible for creating spaces for a heterogeneous conversation that will help generate renewing questions,” says the director of Creative Economy of that secretariat.

In fact, the presence in the H2O of this Directorate has to do with “promoting the extreme freedom that moments of scientific and epistemological revolution have, in order to generate a framework capable of producing new questions and throwing away prejudices and common places consolidated in other times”, summarizes Jacoby.

While for Alejandrina D'Elía, national director of Cultural Innovation, “the central point is that the debate between art, science and technology between the public sector and how this sector can work with this pool of experts on possible public policies.”

Which, for D'Elía, “transcends the link between artists and scientists and reaches issues such as infrastructure, team-building, generation of new audiences and education.”

The activities open to the public of H2O will be held on Monday 26 February and interested parties must register in advance at the web address www.h2oweb.info.
On the campus of the Unsam (Irigoyen 1650, Buenos Aires town of San Martín), from 10.30 to 13, an “Art Science Day” will be held for local artists and scientists who want to present current lines of work and projects, in order to identify possible collaborations that can enhance them.

The closure will be from 17 to 19 at the Buenos Aires Cultural Center San Martín, located in Sarmiento 1551, where an Observer Committee - composed of specialists Nora Bär, Alina Membibre and Jorge Viñuales- will take stock of H2O, and international guests will present their projects.