Home Argentine Knowledge Gamers: what they do, how they train and how much they earn

They spend between 8 and 10 hours in front of a screen to develop their skills. Gamers can earn up to $30,000. 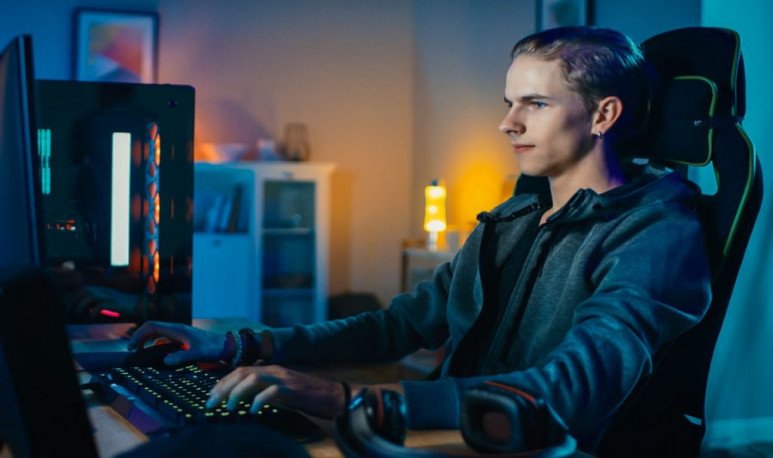 It is estimated that, in Mendoza, at least 20 young people compete professionally in eSport or electronic games, a discipline that will be part of the Olympic Games in Tokyo in 2020  and that in recent days gained notoriety after Buenos Aires Thiago “King“Lapp , 13, will win 900,000 dollars after reaching fifth place in the  Fortnite World Cup , one of the video games of the moment.

Gamers, ranging from 10 to 30 years old, can be up to 3 hours a day in front of a computer screen. Meanwhile, those who compete do  8 to 10 hours per day  on average to develop their skills in a specific game, accompanied by a technical staff: coach, manager, personal trainer, kinesiologists and  psychologists .

You can win  up to $30,000  in online championships and up to  $3 million  in face-to-face, as happened to US Bugha after 6 games in the Fortnite World Cup developed in Queens,  New York .

Live from the screen

As explained by the  Mendocina Association of Electronic Sports  (AMDE), in Argentina the issue of eSports is new. However, they are becoming increasingly important thanks to different  organizations  that develop local tournaments and the international competitions that are driven by companies developers of this kind of entertainment and who move millions only in sponsors.

“Currently the most popular eSports game is the League of Legends (LoL) as it is the most played and has broken records in audience. Followed by Fortnite, Counter Strike, Clash Royale, FIFA, DOTA II, among others,” said Emmanuel Cola, president of AMDE.

Neyén Arjona (24), who now serves as Clash Royal player coach, claimed that in 2018 he won $2,000 per month during a three-month competition in Mexico.

“You are professional to the extent that you can live from this, for now there are few who can do it,” said the young man.

Such is the case of Godoicruceno Franco “Nipphu” Funes (24): he is a professional since 2015 and currently lives in Chile, in the gaming house of the Kaos Latin Gamers team, where he coexists and trains in one place with other LoL players. In addition to accommodation, he receives a salary for split (tournament).

According to the rating of the last Super Bowl, it was watched by 100.7 million people on television and streaming services, while only the streaming of the last final of the LoL had an audience peak of more than  200 million . So more and more brands are looking to sponsor these events.

The younger, the better

Unlike other traditional sports, in this discipline, the service life ranges from 15 to 20 years on average, since the processing speed of the brain when advancing in age is much slower than that of a 13-year-old boy.

“ He may have better strategies, understand the game with greater reality, but the baby will mechanically kill him,”  Neyén explained.

In all cases, to insert into this world a guy who considers himself good must find out, through the social networks of that game, where professionalism is, where it is competed, when it is played and what team is there.

“Usually these professional gamers live in a  gaming house,  away from their families. All they do is train and develop on the competitive scene as any professional football, tennis player would do,” Emmanuel explained.

In Argentina there is only one in Buenos Aires and the principle of these houses is simple: to create a better collective dynamic by grouping players and trainers and carry out a thorough training without distractions or that they lack anything. They have housekeeping staff and even a  chef .

However, in most cases, workouts are online through a common platform like Discord that allows them to interact and communicate by voice calls. They see strategies and practice.