Home Argentine Knowledge From Argentina to the whole galaxy

In different parts of the country, space studies are conducted with revealing results worldwide. We tell you what this is... 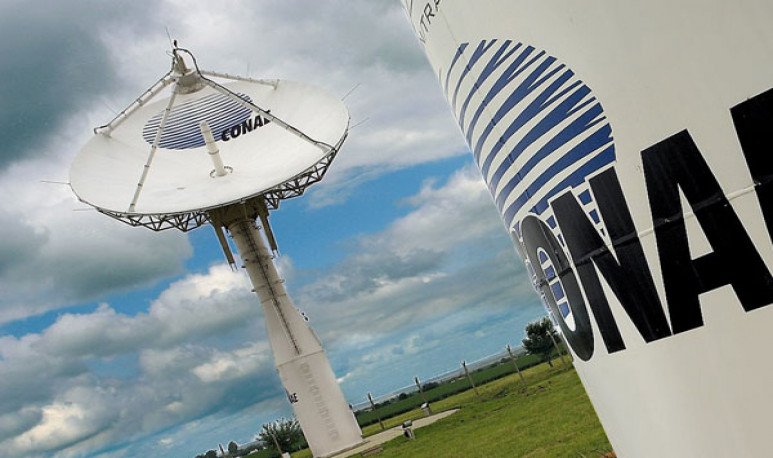 The Teófilo Tabanera Space Center,  where the Saocom 1 A satellite was also built in 2018, managed to finish one of the radar antennas that will witness and monitor the movements of the SAOCOM 1 B satellite  .  a very large scientific and technological advance  . This antenna was made in Cordoba and with Cordoba materials.  It's more Cordovan than fernet with coca! SAOCOM 1 B (the recently launched satellite) was developed  exclusively in Argentina, and took off aboard Space X's Falcon 9 rocket. This game took place in Cape Canaveral, USA, just a few days ago.  The aerial that will follow galactic was developed in Córdoba Capital.

This satellite enables the acquisition of information  that  could be used  for various research and projects. The interesting thing about this novelty is that the integration of the SAOCOM 1B radar antenna was carried out in the  Laboratory of Integration and Testing of CONAE in Córdoba.  Because the Docta is not only the city of fernet and the birra, it is also  the city of science and research.  However, it was assembled in the south of the country, in Bariloche.

The numbers of innovation

The development of the antenna that  would make it possible to control  satellite activity  took several months.  Hundreds of people worked around the artifact. It has huge measures and has the latest technology. This radar antenna is  35 square meters and weighs 1,500 kilos,  are seven panels that fold before going into space. This device  orbits 650 kilometers from earth,  sending key information and making a breakthrough for our country. “Once the control tests are over in December, he will travel to join his brother, SAOCOM 1 A,” said Josefina Perez, Chief attached to the SAOCOM Project.

These satellites are  made in Argentina,    thanks to the work of thousands of scientists  who spent a lot of time to this development. This is  one of the advances  that, once again,  position us in the scientific field worldwide.  One of the plants where Saocom 1B was developed and from where it is now monitored, is located in Cordoba, on route C-45. There are the plates, piece by piece and welding by welding, by hand and with machines. They are  thorough and microscopic works that require the regulation of all the factors involved. The importance of each welding and every inspection on the work is essential. These are research teams made up of many people, who  test each and every one of the developed parts,  to avoid all kinds of possible failure. The tests of the pieces that will be thrown into space are done on all the elements produced:  from the smallest to the largest.  These are simulations that involve  a lot of work.  And they mimic the conditions in which the final product will be found, in space. These works are of  unparalleled quality  and carried out by  distinguished professionals.

The headquarters of Córdoba de la CONAE is where  the data of humidity, temperature, lighting is carried out.  This is  a total innovation , as it will be able to spread information no matter what weather conditions. SAOCOM is designed to provide  geophysical data of terrain and contexts.  In addition, it provides data on soil moisture, which are important for water management.

SAOCOM 1 A and 1 B projects were involved by scientific staff from across the country . Today it is a proud to have from Córdoba, a  headquarters for control and surveillance of satellites.  Both satellites are part of the Argentine  Microwave  Observation Satellite System (Saocom). This constellation of satellites is used to    detect soil moisture and to obtain information from the earth's surface in any weather or time of day.  These works position us globally and make us see, once again,  the importance of Public Education and Research at the national level.