Scientists and researchers from the University of Tucumán and CONICET began studies based on antibodies produced by flames that could serve to treat patients with coronavirus. 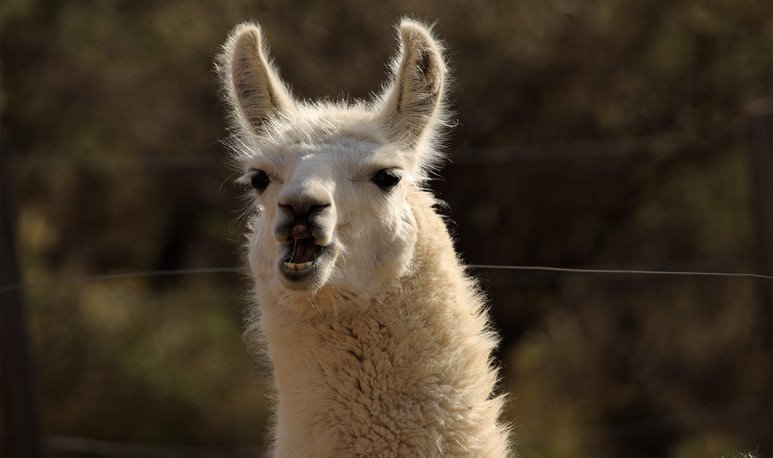 Tucumán begins his research with llamas and joins other provinces in Argentina looking to generate  tools to  combat coronavirus  . This is the third project in the province that seeks to  mitigate the effects of the pandemic  and is carried  out by researchers and scientists from the Ministry of Public Health , the National University of Tucumán and the National Council for Scientific ResearchTechnical and Technical  ( CONICET ).

Since the beginning of the pandemic began a race to develop a vaccine in conjunction with various research around the planet. One of them links the flames to the cure of COVID-19.Apparently, this animal keeps in its cells what could be a major breakthrough in  defeating SARS-CoV-2.

To carry out the study,  Lolo was chosen,  a two-year male  flame  belonging to the  Faculty of Agronomy and Zootechnic of the National University of Tucumán . Lolo was selected to generate antibodies that manage to immunize the  coronavirus . This is because the nanobodies produced by these animals  have the ability to stick to COVID-19 foreign proteins and neutralize them.  That is, when an external actor such as a bacterium enters the body of a flame, its organism produces  a type of antibody four times less than that of a human.  And, unlike people, these antibodies can penetrate the virus and disarm it.

At the end of the process the nanoantibodies will pass to another stage of research, which will be conducted by doctors. These will be used to produce a  serum against COVID-19 , which would be used for early stages of the disease. The technique is presented as a  complementary treatment to plasma donation , which is acquired from the antibodies of recovered patients.

Lolo is the key to the  antibody factory    that will serve as inputs to meet the demands of the province of Tucumán. You will first be injected with COVID-19 protein S.In this way, the animal will create an immunological reaction. Then blood will be drawn to take the antibodies, and only those that are able to recognize viral molecules and neutralize them are removed. Scientists argue that flames generate a large number of antibodies, that is, from a single flame tens of thousands of doses are extracted,  although these are reduced if the animal is stressed.

Winter, the key to finding in the flames the cure for coronavirus

Flames are not the only ones that possess these “nanobodies”, sharks also have the ability to produce them.The truth is that it is much easier and more comfortable to deal with a flame than a shark. There is a history that dates back to 2016, when a group of researchers used a llama, named  Winter , and injected herringbone proteins of SARS-CoV-1 and MERS-CoV. The results filled the scientific community with optimism, who noted that the nanocorbodies developed by Winter were able to stop SARS-CoV-1 infection. Here  is the key to the studies with llamas continue.

The potential of the finding lies in the injection of antibodies to a healthy person and protect them from possible contagion. But it can also be useful for an infected patient to decrease symptoms. For the study to progress  antibodies must be previously humanized , and thus people do not refuse them. Once that step had been completed, the production of the drug would be able to be marketed.