The province of San Luis carried out its first computer-assisted surgery. This was developed at the Juan Domingo Perón Hospital. 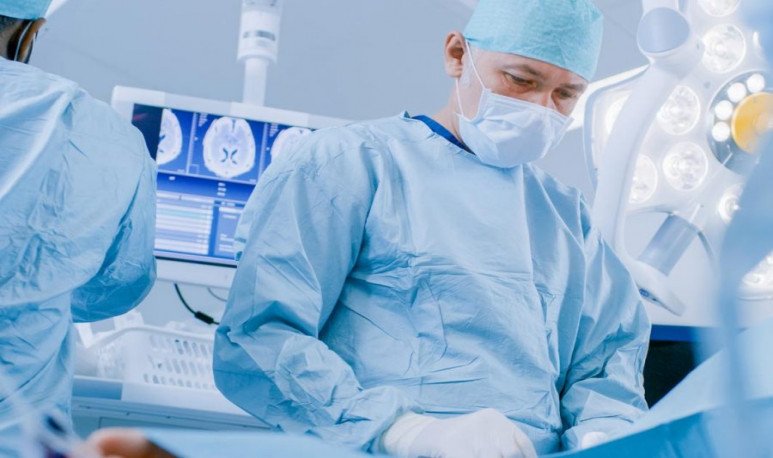 The operation was carried out in conjunction with the Digital Government Program of the Ministry of Science and Technology of  San Luis . The protagonist was a 58-year-old patient, who had been diagnosed with a tumor in the temporal zone of the brain. The assisted surgery was directed by Brian Wernicke and Javier San Martín, neurosurgeons at the Hospital. And they were assisted by the team of instrumentalists in surgery.

On this occasion, they were assisted by Lucas Ritacco, belonging to the Italian Hospital of Buenos Aires. He is in charge of carrying out the CAS project in San Luis. According to the results presented by Ritacco, surgery was a success. The patient is stable but is still under observation, awaiting the evolution of this highly complex surgery.

Last year, health professionals from the province of San Luis began training at CAS. Computer-assisted surgery is a branch of medicine that works transdisciplinary. Medical and health professionals work together with the tools provided by technology. This turns surgery into a three-dimensional exercise. First, the doctors who are in the operating room; second, their instrumentalist assistants. Third, the technological assistance of the surgeon, which allows you to work through a navigator and have finished accuracy of what is the surgical field. And the surgery you have to perform in general.

CAS is the translation of the project name: Computer Assisted Surgery. This first use of this practice was in neurosurgery and not discarding that could be used for other interventions. This historic operation was developed at the Juan Domingo Perón Hospital in San Luis. This is part of an ambitious campaign and modernization efforts in the medical area of the  Puntana province.