From patients to 3D innovators

Patients at the Garrahan pediatric hospital design, create and share their own toys made with 3D printers. 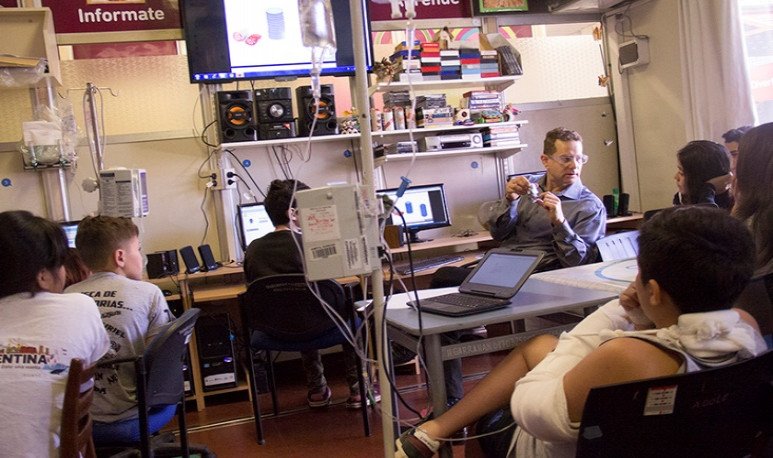 Through an initiative of the  MakerLinks  Foundation called  EduLabs 3D  and funding from the  CEDA Washington  Foundation, children admitted to the pediatric hospital  Garrahan  from the city of Buenos Aires will start using computers and 3D printers to design, create and share their own 3D toys. In this way, young patients will have the opportunity to learn mathematics, geometry, art and design while developing their own inventions.

The toys designed by the boys in the hospital will be printed for them, but also, for boys from other hospitals and low-income children's communities. In this way, the collaborative network of young innovators that I imagine MakerLinks continues to connect kids around the world. According to architect  Ariel Duren , founder of  MakerLinks , the goal is to “turn patients into 3D innovators”, transforming their hospital stay into an educational, creative and enriching experience, which emphasizes the healthy aspects of sick children. A simple plastic  toy  can greatly cheer up a resourceless child and even more so - a sick child who designs such a toy.

In some cases,  hospitalized children  spend long periods in a passive and unstimulating role. Serc part of the  eDULab 3D  network allows them to take on an active, creative and collaborative role, which has a positive impact on their physical and mental health. In addition, connecting with other patients and sharing their inventions with school friends, family members and international communities positively stimulates them and strengthens their self-esteem.

Simultaneously, students from the Argentina School in Washington DC and other international educational institutions are learning to design their own toys, which are donated to the hospital's children in a gesture of brotherhood and collaboration between international communities of children.

What is a 3D printer?

A  3D printer  is a machine capable of printing figures with volume from a computer-made design. With volume means that it has width, length and height. What it really does is transform a 3D design created on the computer into physical (real) 3D model.

For example, if we designed a cup of coffee using any CAD (Computer Aided Design) program, we can print it through the 3D printer and get a physical product that would be the cup of coffee itself.

A 3D printer is something magical, it's like we could finally create objects from nothing. From objects as simple as a cup of coffee to much more complicated and incredible objects like parts of an airplane or even human organs using a person's own cells.
The term printer refers to that object that we have always had at home or in the office of our work. Simply connecting it with our computer you can transcribe the documents stored there to paper. With this we can get electronic documents to physical documents. But 3D printers take a leap further and are able to print and create whole objects.

In fact, the future that awaits us with 3D printers is overwhelming. 3-Dimensional printers are the real technological revolution and then we will explain how they work and what they are able to do.

How do 3D printers work?

3D printers use multiple manufacturing technologies and we will try to explain easily how they work.

3D printers what they do is create an object with its 3 dimensions and this is achieved by constructing layers successively until they get the desired object. Look at the following image to understand it better: 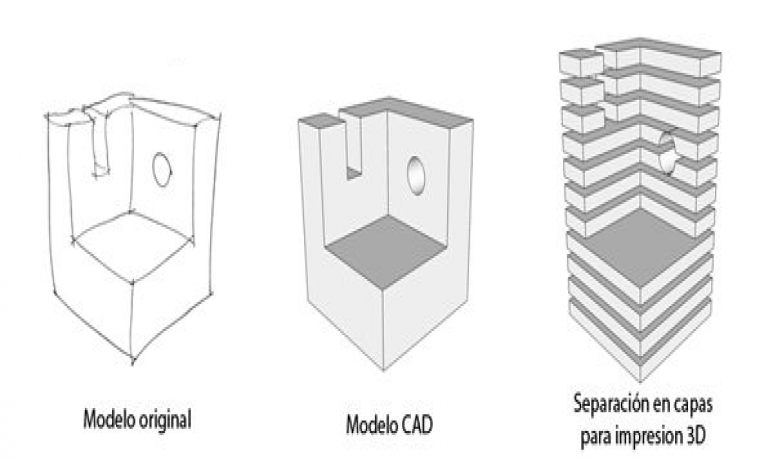 In the above picture we see 3 figures. The first is a paper sketch of the object we want to print. The second is a design made in a CAD program to achieve the 3 dimensions. And finally, as we see in the third image, we divide the object into layers so that the printer can build it. That is, from a sketch on paper we can get an object in reality with the right material.

The process used by these printers to create the objects by layers is called the “ additive process ”. Nowadays there are 3D scanners which allows you to directly scan an object to view it on the computer and print it without having to make a digital drawing. This makes it even simpler, in fact, with these scanners creating a 3D object is almost like making a simple photo.