Home Argentine Knowledge Cornelio Moyano: a museum that houses the history of life

It is divided into three rooms: man, biodiversity and land. Scientists from UNCUYO worked on the concept and assembly of the museum. 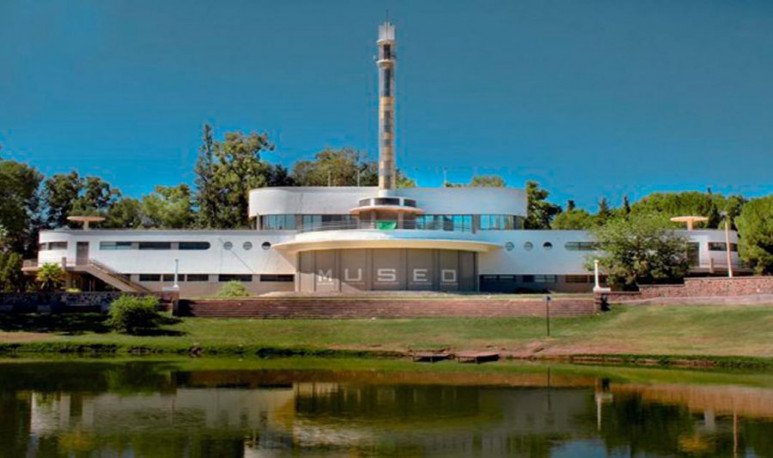 The renovated building of the  Juan Cornelio Moyano Museum of Natural and Anthropological Sciences  houses the history of life. A fascinating story where biological processes, such as the evolution of man, animals and plants, are mixed with geological processes. The tour allows you to know the past, discover the customs of the  original peoples  and understand the need to take care of  environment , the delicate balance that exists between the elements of the universe.

As soon as you enter the museum, the recreation of the  skeleton of a giraffe , Bethlehem, who died in the Zoo, is believed to be eating a toxic plant. This work, scientifically called “osteological recreation”, took specialists two years and is key, for example, for the general public and students to understand the anatomy of the animal.

On the ground floor there is also a  time machine . Visitors will be wearing virtual reality lenses and will be able to see the passage of dinosaurs through our land, as well as the characteristics of the wildlife existing millions of years ago.On the upper floors there are the three rooms in which the museum was organized: land, biodiversity and man, in which about 1000 pieces are exhibited, out of the 150,000 total that the institution has and which are changing.

In the room of Earth, history begins with the origin of the universe, from the big explosion — the  Big Bang — through the Solar System, the Earth, the formation of mountains and evolution through the Paleozoic, Mesozoic and Cenozoic eras, with fossil pieces of each one. It is also detailed how climates, seas, continents changed, until they reached the origin of man.In this room is exhibited for the first time the Mendozasaurus, a dinosaur who lived 88 million years ago and was discovered the benchmark of the laboratory, the paleontologist González Riga.

The scientific information of the museum is linked to each other in a very didactic way. In this task, the scientists of the Dinosaur Laboratory , under the Faculty of Exact and Natural Sciences of UNCUYO , had a decisive role, who prepared the information andoacute; n, the graphs, selected the fossil pieces and performed the replicas.

Bernando González Riga explained that, at a request from the Directorate of Heritage, they worked an ad honorem year to guarantee the academic accuracy of the contents and present them in a didactic way. González Riga explained that they accepted the challenge, respecting the conception of the work of the UNCUYO researcher and that they shared: the duty to be at the service of society, not only generating research in their laboratory.

The   Conicet researcher    considered the museum as a reference for the Province on the history of natural and anthropological sciences. He stressed that this place allowed to discover a fascinating story, which was the history of life, where biological and geological processes were mixed.

The tour of the Biodiversity Room starts with the explanation of the concept, related to the variety of ways in which life is organized on the planet and the dangers of losing it from habitat destruction, overexploitation, pollution and climate change, among others. factors.This is the initial kick to enjoy recreations of the ecosystems of the sea, the jungle, the wetlands — such as the Esteros del Iberá — and a tour of the  Mendoza nature reserves .

The beauty of this room is on display of  taxidermized animals , especially those who inhabited and inhabited the Mendoza lands:  condor, guanaco, puma, pichiciego , choique, rhea, golden eagle, winemaker owl, among many others.The showcases specially designed for the museum are especially relevant in this room, with special lighting, which allow you to admire the species from all angles and in the smallest details.

On the second floor there is the room of Man, a tour of our family tree that starts with  primates to today's man , in a timeline that encompasses all cultures, but with a special emphasis on the Andean. There are pieces that were never exhibited from Peru, Mexico, Bolivia and Chile.

This room is a tour of our history and a tribute to the original peoples. There is the history of Mendoza, its relationship with the world, the figure of San Martín, the earthquake, the reconstruction, the Huarpe people, all told through beautifully exposed pieces. Textiles, canoes, skins and writings allow time travel.

Also on display are, for the first time, some of the pieces that scientists discovered in Capiz, San Carlos. In the burial there were skeletons, textile pieces, shells, beads, snails and metal sheets. 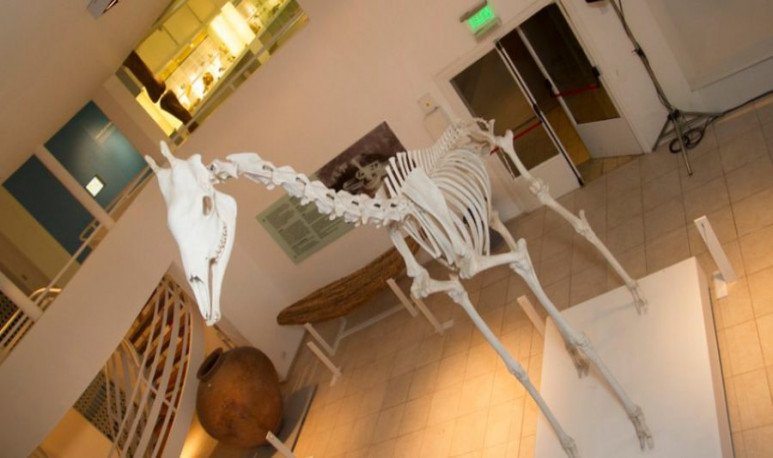