The dinosaur unearthed in the province of Chubut, the Asfaltovenator vialidadi, sheds new light on the evolution of carnivores in the Jurassic. 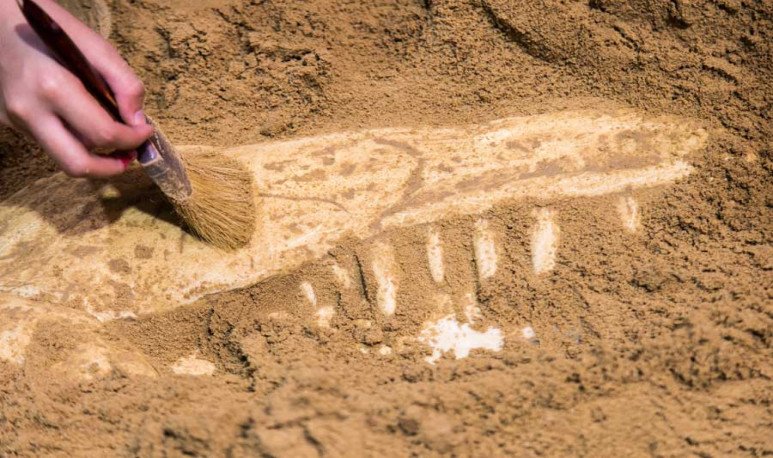 In the  Middle Jurassic , about 175 million years ago, groups of dinosaurs emerged and then dominated all the Earth's ecosystems. It was a stage of sudden changes and a key moment in evolution. However, fossil records are few and fragmentary. Especially that of the carnivorous dinosaur group.

A finding of one of the  fossils  of the tetanurus theropod group comes to change everything.  Discovered in the Cañadón Asphalt Formation (Chubut), they are the oldest and most complete fossils known to today . The new species was baptized as Asfaltovenator Vialidadi, in homage to the place where the discovery took place. But also in appreciation for the assistance provided by the Department of National Road and the Province of Chubut.

The study of the skeleton (skull, complete jaw, arms and part of the legs) revealed something new. A very unusual combination of characters that mixes peculiarities typical of different families of the tetanurus group.

Conclusions on the finding

Today we know that the tetanurus group is the most diverse of theropod dinosaurs. This means that among its descendants includes modern birds. Another significant conclusion comes from the phylogenetic analysis.  The inclusion of the new species significantly modifies evolutionary trees . According to Diego Pol, “it leads us to refuel the existence of the large group of carnosaurs.”

Asfaltovenator is a large theropod whose size is comparable to that of the Allosaurus in North America. It has an estimated body length of eight meters and its skull is seventy-eighty centimeters long. He is also the first representative of the allosauroid superfamily found in South America.

In addition to Diego Pol, German paleontologist Oliver W. M. Rauhut from the University of Munich participated in this work. The extraction of the gypsum bochón containing the remains of the dinosaur was thanks to the collaboration of state agencies. The Chubut Provincial Road Administration and the National Gendarmerie. The rock block weighed about five tons. It took five years for the fossil to be prepared in MEF laboratories in the city of Trelew.