Home Argentine Knowledge Bonefit: innovation in the service of health 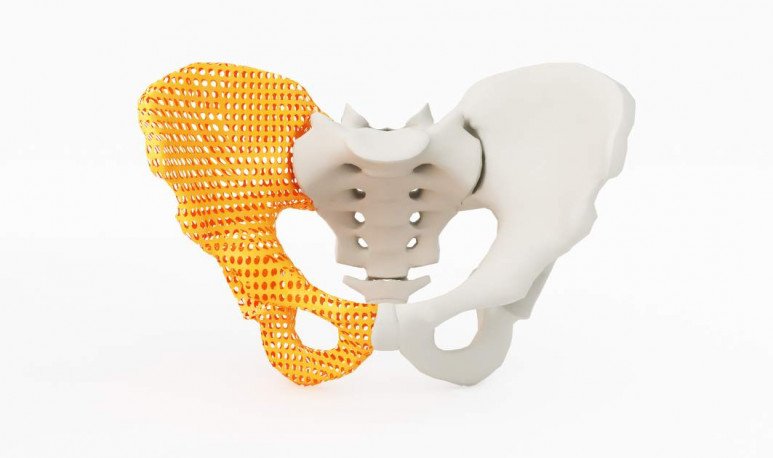 Science applied to health and with a social perspective: an unbeatable combination. That's what  Bonefit is about, a project carried out by a team of  five Argentine  scientists   that promises a technological advance that will mark a before and after in the field of medicine.

Conicet scientists  presented this project in the innovation competition 1000K Latam. After 10 years of research, the team developed an innovation that consists of manufacturing an artificial bone to respond to the problem of bone loss due to trauma, bone tissues diseased or affected by a pathology.

Bonefit  is a system whose end result is the generation of a biodegradable scaffolding that, through osteoconductive filaments, achieves that the damaged bone part regenerates naturally. A  3D printer  models bone tissue as needed by each patient using tomographic images. This is then materialized thanks to the development of a filament for printing that has osteoinductive, biocompatible and degradable characteristics.

The construction of what they call  “scaffold” (printed bone)  is a unique invention in the world. Only a Belgian-based company rehearses it with other elements. The hallmark of this project is that bone tissue manufactured in 3D can be accepted, tolerated and  naturally resorbed by the body  after a while. In this way, the missing bone part is regenerated without the need for a new intervention or metal parts.

In Argentina, an average of  34 thousand hip fractures  are recorded in people over fifty years of age per year, that is, 90 per day. In this case, when the bone suffers a break, instead of fixing it with a metal piece, the “scaffold” would be placed in the damaged place as a kind of prosthesis. Over time, the same organism  will regenerate the tissue.

In addition to the health and recovery benefits of patients, this innovation has a great social effect: Bonefit is a breakthrough for  regenerative medicine  to be broader  at a more affordable cost  for people.

Argentine scientists in charge of the project already had discussions with hospital managers and ANMAT (National Administration of Medicines, Food and Medical Technology) to discuss its approval and implementation.