Researchers from Mendoza identified vegetable genes that regulate the production of antioxidant and anti-inflammatory pigments. 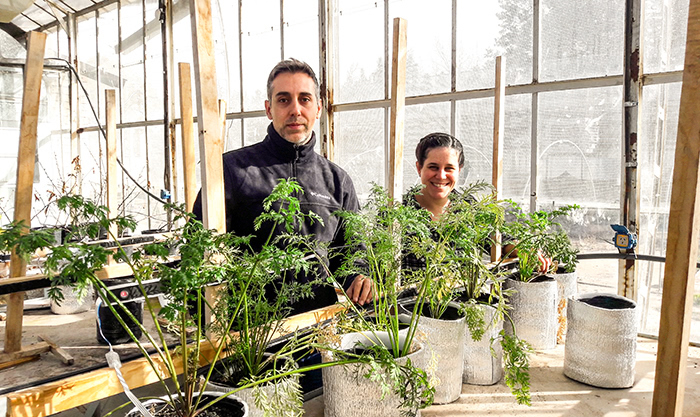 In what could have been  Bugs Bunny 's dream,  Argentine researchers  led research that constitutes a step towards the development of varieties of  carrots   healthier  for consumption or of industrial interest for obtaining of natural dyes.

Scientists identified the regions of  carrot  DNA where genes that regulate the production of anthocyanins are located, flavonoid compounds that contribute to the pigmentation of their edible root and have properties  antioxidants  and anti-inflammatory drugs. They are also found in the skin of grapes.

The application of these results in genetic improvement programs of the species “could result in the development of new varieties with greater beneficial properties for health,” the leader of the advance, Dr. Pablo Cavagnaro, researcher of the  CONICET , from the  INTA  The Consultation and the Horticulture Institute of the Faculty of Agricultural Sciences of the National University of Cuyo ( Uncuyo ), in  Mendoza .

Cavagnaro was part of the international study that revealed the complete genome of  carrot  in 2016. Now, in a paper published in the journal 'Theoretical and Applied Genetics', he identified with colleagues regions on chromosome 3 of the vegetable that are responsible for the production of anthocyanins. In these regions they identified genes that regulate the synthesis of these pigments. The next challenge is to evaluate in detail how the found “candidate” genes work.

The results of the work could be useful for producing carrots with high levels of anthocyanins, both of the so-called “unacilated anthocyanes” (with greater health benefits due to their increased bioavailability) and of the “acilated anthocyanins”, which are chemically more stable and may be able to produce carrots with high levels of anthocyanins.were used by the food industry as a natural option to replace synthetic dyes, Cavagnaro said.

Also involved were Florencia Bannoud, the first author and CONICET scholar, and other colleagues from CONICET, INTA Mendoza, and from the universities of Wisconsin-Madison and North Carolina, in the United States.

The story of the monkey Juan, the “first Argentine astronaut” to reach space

Every day closer to the drug against HU